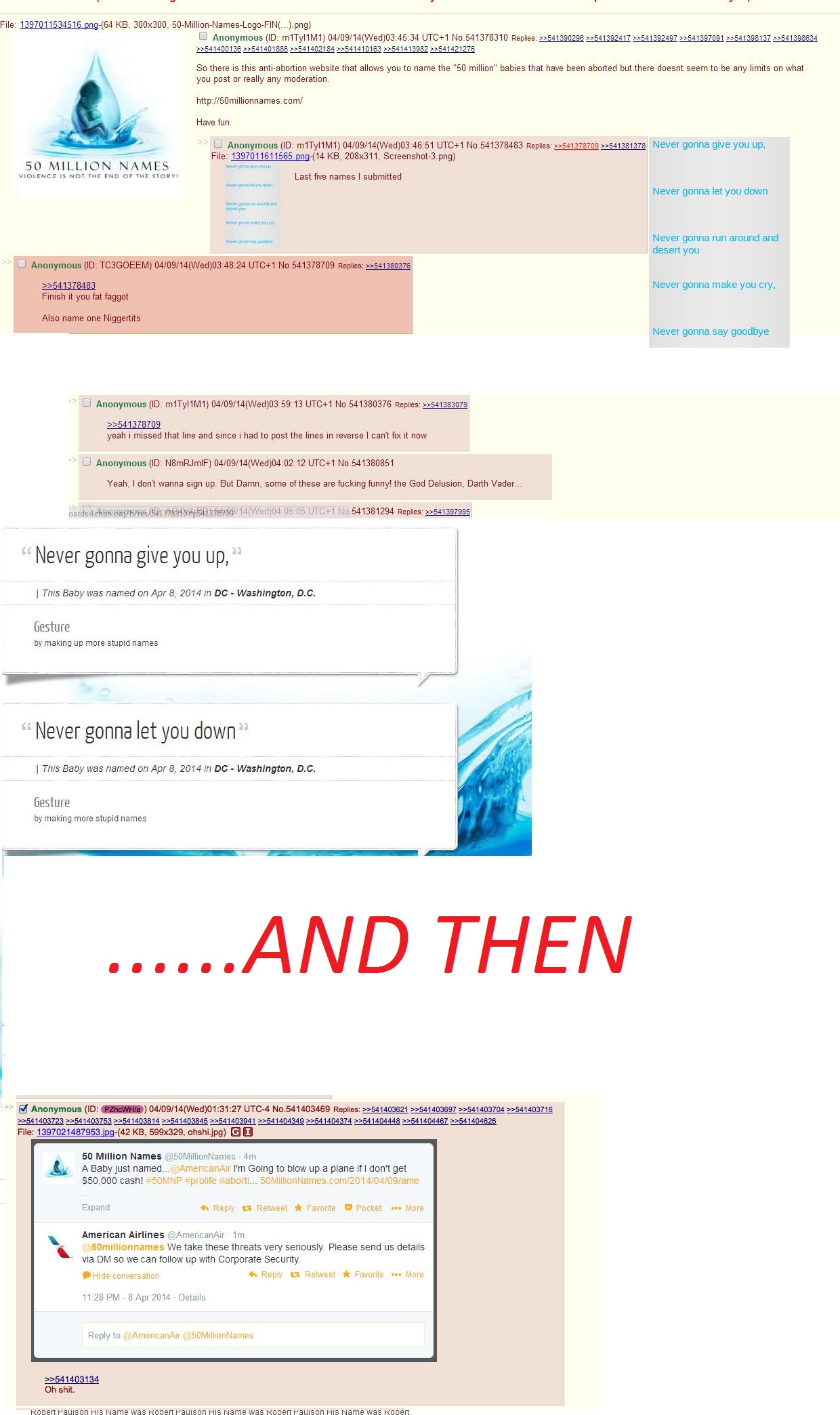 please email us the details of your terror threat immediately! 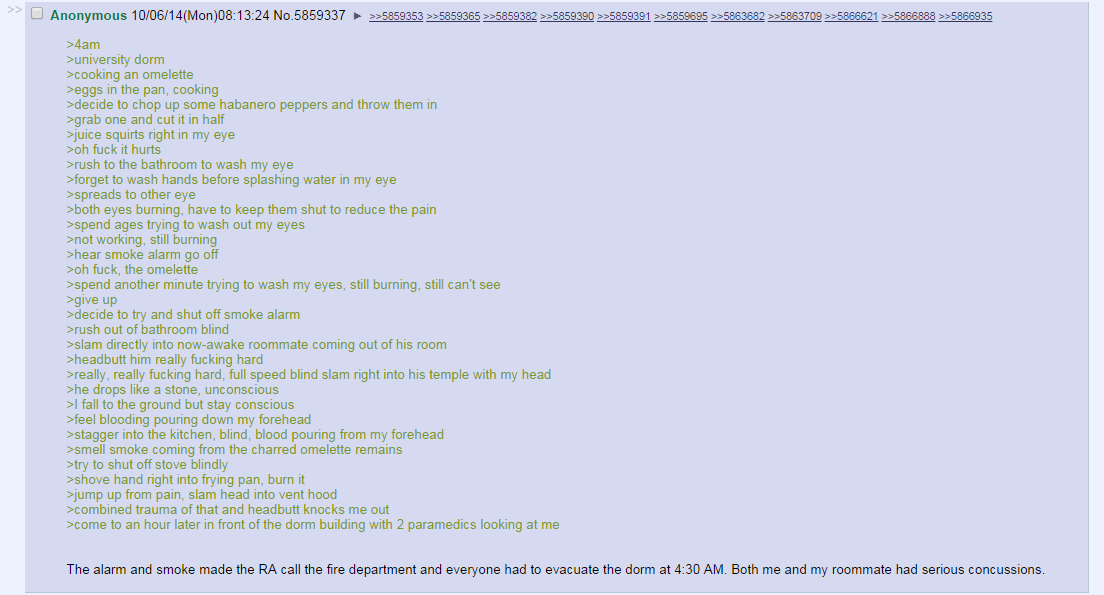 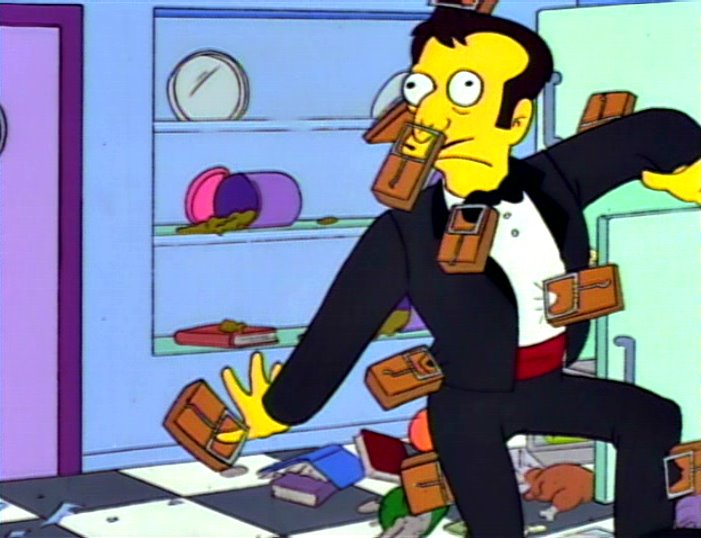 haven't thought about that scene in forever
Top

came to an hour later? hipster holocaust wrote: What do you think they're doing up there right now? A smiling SLH listening to MLK's juicy wife cheating stories while Maya takes notes?

The coast guard got hundreds of phone calls from concerned people asking if it was safe to swim because mermaids are out there.

Apparently they all saw that Animal Planet faux documentary on them and thought it was real. "A focus of the investigation are graphic photos purported to be of the body taken shortly after the woman’s death. The photos were posted anonymously on an image-sharing Internet site. Wilson said the photos appeared to have been posted just before 3 p.m. — about a half-hour before the body was reported to authorities. The photos included text indicating law enforcement and the media would know about the woman’s death once one of her family members found her body."
Top

Kalac, 33, is accused of killing his girlfriend in Port Orchard and then posting gruesome pictures of her body online.

A Wilsonville police officer was on patrol around 8:45 p.m. when he saw a man walk out of a wooded area in the parking lot of the Westside Express Service Transit Station. Police said the man approached the officer, identified himself and said that he had a warrant out for his arrest.

Wilsonville police took Kalac into custody and transported him to a Portland police precinct where he was interviewed. They said Kalac would be booked into jail and then extradited back to Washington.

Earlier Wednesday evening, police had surrounded a house in Portland after a sighting was reported — but that turned out to be a false lead.

He was first spotted around 1:15 a.m. in Portland driving a gold 2001 Ford Focus 4-door believed to be taken from his murder victim Amber Coplin, police said.

Police tried to stop the vehicle, officers said, but Kalac allegedly sped away and led police on a high-speed pursuit. He drove across the Ross Island Bridge, and the pursuit was stopped near Southwest 30th Avenue as he was allegedly swerving into oncoming traffic and posed a danger to the community. He was last seen speeding southbound on Barbur Boulevard passing Taylors Ferry Road.

According to Kitsap County Deputy Sheriff Scott Wilson, police found the car abandoned around 4:30 p.m. Wednesday. The sheriff’s office will send a team to bring the car back to Kitsap County.

Kalac faces charges of second-degree murder and domestic violence after the body of his girlfriend, 30-year-old Coplin, was found Tuesday in South Kitsap, the Kitsap County Sheriff’s Office said.

According to court documents, a family member called police around 3 p.m. Tuesday saying he found the victim who was bloody and bruised at her home in the 4020 block of Madrona Drive SE. Deputies arrived on scene and found Coplin dead.

Scanning the house, detectives found various notes reportedly left by the killer. On Coplin’s drivers license was the words “dead.” Writing on the walls read “she killed me first” and “bad news.”

Coplin’s family member living with her reported hearing Coplin and Kalac fighting Monday night, documents show. When the family member left the home Tuesday morning, he saw neither Coplin or Kalac, and assumed they were sleeping in.

Kalac never returned to the home Tuesday and police noticed his clothes and electronic items were gone.

Man with a criminal history

Kalac has a criminal history and has previously been charged with felony assault, felony harassment including threat to kill, theft, malicious mischief and drunk driving. Those crimes were in Kitsap County, with the most recent charge coming in April.

Police said Coplin was the victim of homicidal violence and the Kitsap County Coroner will make determine the cause of death.

Along with the crime scene, police are focusing on a set of photos posted to various image hosting sites purported to be of the woman’s death. The photos were posted anonymously. However, text accompanying the pictures implies the person responsible for the killing took the photos and posted them online before authorities were alerted to the body.

Detectives believe the women in the pictures was Coplin.

This is a developing story and will be updated.
Top

Writing on the walls read “she killed me first” and “bad news.”