Prey - 8/10. I wish they would stop making predator movies and God dammit does the cgi blow but I think I'd watch it again
formerly ghost boner
Top

Whatever It Takes ('98) - 5/10 - Andrew Dice Clay and Don "The Dragon" Wilson go after a ruthless crime lord: Fred Williamson. Aged about as well as you'd imagine for a low budget, straight to video late 90s action flick.

Last Days ('05) - 8/10 - Slow moving fictionalized Cobain biopic where he's basically just wandering around in a haze doing weird shit and people keep trying to get him to go on tour. You'll never guess how it ends. Bonus points for Ricky Jay playing a P.I., Harmony Korine as an annoying concert goer, and Kim Gordon as a record exec.

Thriller: A Cruel Picture ('73) - 8/10 - The mother of all rape revenge films, complete with hardcore sex scenes. Woman gets kidnapped and forced into sex work, but she starts training as a elite killer in her time off. People complain this is slow, but this was lightning fast after Last Days.

Dreams Don't Die ('82) - 7.5/10 - Quality made for TV movie about a young graffiti artist whose girlfriend gets pulled into drug running by a 15 year old kid who is known as "Captain Kirk". He rides around in a limo he refers to as "The Enterprise". Graf kid gets caught by a cop who tries to put him on the right path by taking him to the MOMA.

Blow Out ('81) - 8.5/10 - Travolta is a b-movie horror foley artist out collecting sounds when he records a car plummeting of a bridge. He saves a girl from the sinking car and uncovers a political assassination conspiracy. Lithgow and Dennis Franz play extraordinary creeps.

The Unbearable Weight of Massive Talent ('22) - 7/10 - Nice to see Sailor with his snake skin jacket again.

Basket Case 2 ('90) - 7/10 - A practical effects showcase by Frank Hennenlotter. Apparently this was filmed directly after Frankenhooker, with both films bankrolled by James Glickenhaus (Shakedown, The Exterminator, The Protector, McBain) - who got out of filmmaking to focus on manufacturing and collecting race cars.

Righting Wrongs ('86) - 7/10 - I watched the shorter dubbed version - and you just can't fuck with Cynthia Rothrock and Yuen Biao. This version has a baffling ending - but my copy has another extended and subbed edit with a different ending, so I'll give that a go a little later.

1941 ('79) - 6/10 - Not actually a good movie, but better than I remember it being. My rating is bumped up a bit by the nostalgia factor - having watched it on HBO as a kid probably no less than 20 times. Dan Aykroyd, John Candy, John Belushi, Treat Williams, Christopher Lee, Ned Beatty, etc. Insane cast, mediocre execution by Spielberg.

I also watched a bunch of crap like Jurassic Park Dominion, The Sea Beast, The Grey Man, and more, but not worth more than a mention, IMO.
Top

i hope a computer didn't write these too

The dune movie good and a nice example of what happens when you have a filmmaker adapt a book to a film vs having an art man make a weird blockbuster film shaped art piece to adapt it.
Top

Considering all my dental implants, I might be considered a cyborg.

Prey ('22) - 6.5/10 - This was a good Predator flick! Granted, I had REAL LOW expectations going in and I generally think sci-fi movies that take place in primitive settings are crap... but this was entertaining.
Top

It's Impossible to Learn to Plow by Reading Books - 6.5
Top

NUTBAG - 5.
Like if “Henry: Portrait of a Serial Killer” was remade for the cost of a toasted cheese sandwich by a bitter meathead who hate-watches the AVN awards and processes his shit by doing pull-ups to “This Love” on repeat.
SG
Top

AHEM THE BLOOD OF HEROES

AHEM THE BLOOD OF HEROES

There's a lot of exceptions to this rule... and probably was a result of some late 80's or early 90's movie that was advertised as SCI-FI and I ended up deeply disappointed. The Blood of Heroes has been on my list for a while now, thanks for reminding me!

I just ordered some flicks I've been wanting to see: Electraglide in Blue ('70s Cop flick with Chicago not only on the soundtrack, but also they have bit parts?), Dr. Lamb (Cat III recommended by Whee of the Dead & The Kill, I think), and Abel Ferrera's documentary The Projectionist.
Top

Marxist Poetry: The Making of The Battle of Algiers - 8.5
Remembering History - 9
Top

Prey 6/10 … very watchable and I still have a ton of respect for Trachtenberg, but this was just slightly off somehow. probably top 3 in the franchise, though. main gal was great; final showdown was preposterous….

Where the hell is the lavender house? The Longmont potion castle story - 6/10. I don't get if this is supposed to be some sort of meta prank or social commentary or if it's just actually dumb. Even if you love LPC I wouldn't really recommend it. Did he really call gg or what??

Alien Vs Predator - 3
Fact #7
From an empirical viewpoint, the problem with Free Will (and causality) is reconciling determinism and freedom to make sense of morality.
Top 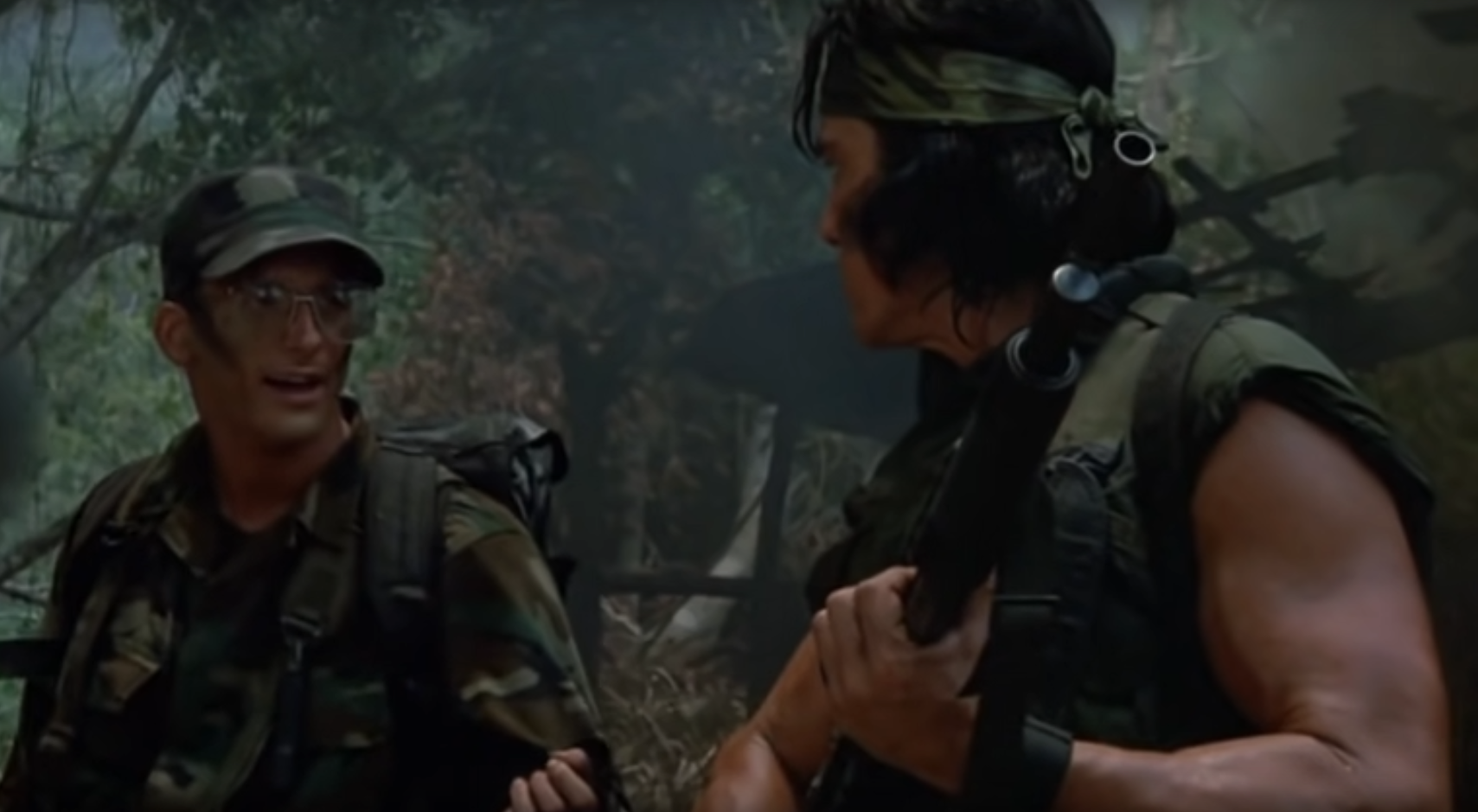