the new municipal waste and i finally got myself a copy of minor threat's discography.

about 2 weeks ago i picked up stained class, sad wings of destiny and british steel used for like $4 a piece at some tiny record store in northern michigan.... it was a fun 4.5 hour ride home!
Top

This is one of those recordings where I love the sound/production, but can't get hard about the music.
Top

I typically boycott these threads, but... 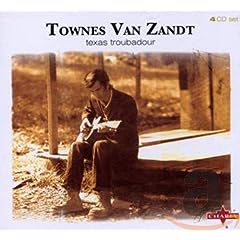 I just posted this on a local board where I'm sure noone cares, so I'm cutting and pasting; but these are some things I grabbed on tour, mostly in Philly.

Wow, I'd really like to see them live. I just got turned onto them recently because someone posted an mp3 of one of their songs in the mix tape thread.... i feel shitty for having not checked them out sooner....
Top

New pants
New shoes
New glasses
"I am a high-IQ mentally retarded adult, and bring to bear on intellectual pursuits the demonic energy which characterizes my species!" - Drinky Crow
Top

Haven't bought myself anything else lately because I'm "not allowed" since my birthday is Sunday, but I'm buying myself Resident Evil 4 for Wii tonight regardless.
Teufel's Tomb » Facebook » Last.FM


Junie Browning wrote:Do you know who I am? I will kill you and rape your family!

Malignancy - Inhuman Grotesqueries
Atrophy - Socialized Hate
Asphyx - The Rack
"Its not fear that grips him; but a heightened sense of things."
Top

it's cool if you're into her purely vocal-driven stuff ie. Vena Cava , "Wild Women With Steak Knives" etc.. i like almost everything i've heard from her, though.
SG
Top