Trump has given non-retards a blueprint for owning the libs.

Are you ready for president De Santis?
Fact #7
From an empirical viewpoint, the problem with Free Will (and causality) is reconciling determinism and freedom to make sense of morality.
Top

I just don't understand how we wound up here, its as though all the anarcho punk we listened to didn't do any good at all

My uncle drives a truck. Ive called him a fucking retard every day for 10 years and he still won't vote the way i want him to.

Even AFTER the NPR piece about the inuit lesbians

There's nothing left to try

I gotta say, he was 100% right about the whole "I could shoot someone on 5th avenue and I wouldn't lose any votes." (I mean, he's less popular than he was in 2016 but the people who love him are now scarier than ever)
Stabbed in the eyes with a fucking caak... 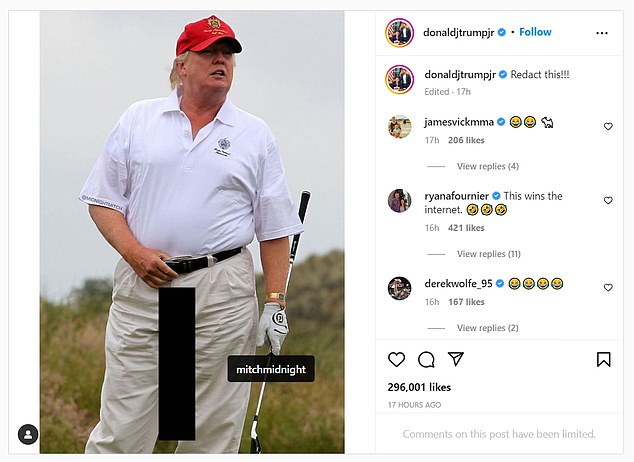 Evil doesn’t have an alternate plan. It never assumes it has the possibility of failure.
Top

“The majesty of the United States is gone,” the former president declared, after the seizure at a Hardee’s in Minnesota.

this is a cool place.
SG
Top

The most interesting thing about the FBI seizing Lindell's phone is that there's a bigger spotlight on Dennis Montgomery. He worked on some casino surveillance software in the late 90's, but ended up working for the CIA making some anti-terrorist software post-9/11 that caused several false orange security alerts, only to be later investigated for IP theft and economic espionage.

In 2014, amid a racial-profiling lawsuit, mr. cool guy ice Sheriff Joe Arpaio hired Montgomery as an informant, because he claimed he had CIA docs that proved the DOJ, as well as the judge in the lawsuit, were conspiring against Arpaio. Sheriff Joe then consulted the NSA with the info, who determined that the information didn't originate from the CIA.

Montgomery also claimed to have evidence regarding the Trump Tower wiretapping fiasco, but that also couldn't be verified.

He's the man behind the "Hammer and Scorecard" theory that's been touted by Lindell, Sidney Powell, Alex Jones, etc., etc. The supercomputer "Hammer" which runs the software "Scorecard" was used by (previously Dems but now) China to infiltrate voting machines and give Biden the win.

Montgomery has been a grifter for years. Lindell just seems like he's been strung along - destroying myPillow and losing millions of $ in the process.

The FBI told Lindell that he shouldn't talk about the seizure of his phone and didn't apprehend him.
Top

are your sure, I was sort assuming it was a shit smear down the front of his pant.

It's honestly pretty obvious to anyone who's actually paying attention that Trump was trying to release the secrets of Skinwalker Ranch to the American People.

the new Indiana Jones movie (like several Spielberg productions) is an attempt for the intelligence community to merge aspects of the truth with fiction. If you see time travelling nazis in a goofy Hollywood movie first, you're less likely to believe the upcoming wave of whistleblowers when they try to warn you about the breakaway civilization manipulating history.

Reality TV WWE president didn't really work out so good, but I don't think they should stop trying to have themed presidents. It's what the people want.

The 80s throwback Reagan thing kinda worked with MAGA, it just went haywire because Trump wasn't a Real Ass Dude and his only power was making fun of dorks. The next one should be 80s Action Movie style, like he should be stoic and have a special forces background, and kinda psychoemotionally fucked up, but also have a spiritual core that comes from mastery of some exotic culture like knowing Kung-Fu, being a Buddhist monk or maybe speaking Italian. Maybe if the next Wakanda movie tracks well with people they could pull ideas from that; what if the president was from a fake made up country that has cool ass powers?

A psychic president would be fucking awesome. He could accuse his opponents of being ghosts and apparitions. When people around him die he could say he used telepathy to make it happen. Anyime anyone says anything he doesn't like, he can say that he's reading their mind to know that they're lying.

Neighbors on three sides of my house are maga chuds now. The ones behind me drunkenly yell at 3am about how much crack they can smoke.
Evil doesn’t have an alternate plan. It never assumes it has the possibility of failure.
Top According to NBC News, Kanye is reportedly being advised by controversial political provocateur Milo Yiannopoulos, who has been spotted in recent days with West’s growing antisemitic entourage. Yiannopoulos bragged to NBC News that orchestrating Fuentes’ presence at Mar-a-Lago was both revenge and a wake-up call for Trump who has forgotten his MAGA roots.

“I wanted to show Trump the kind of talent that he’s missing out on by allowing his terrible handlers to dictate who he can and can’t hang out with,” Yiannopoulos told NBC News.

“I also wanted to send a message to Trump that he has systematically repeatedly neglected, ignored, abused the people who love him the most, the people who put him in office, and that kind of behavior comes back to bite you in the end,” he added.
SG
Top

Kanye running for president is the equivalent of Gary Coleman running for governor of California.

Sweet Lord DeSantis will not allow this.

I wish John Ritter was still alive so he could play Sweet Lord DeSantis in an NBC made for TV miniseries.
TROLL WORLD ORDER 4 LIFE

Kevin Sorbo stars in Get That Sissy Shit Outta My Classroom!