"I'm a washed up has been actor who's blacklisted.
I wanna rape, but I am oppressed in my homeland. Can Russia help me too?"
- Steven Seagal 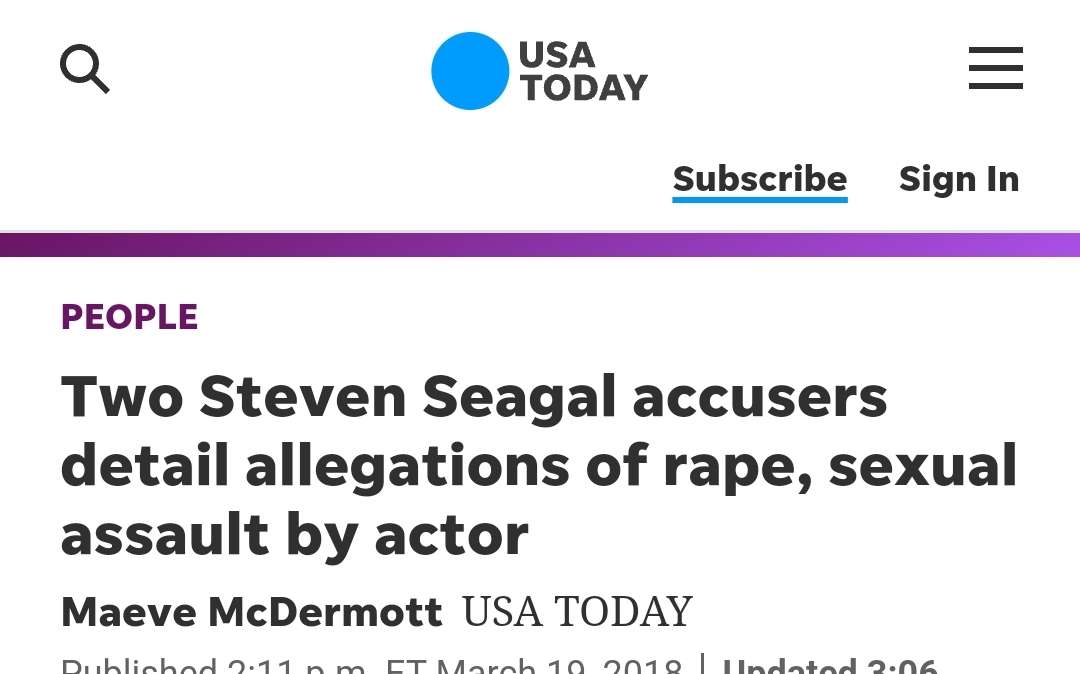 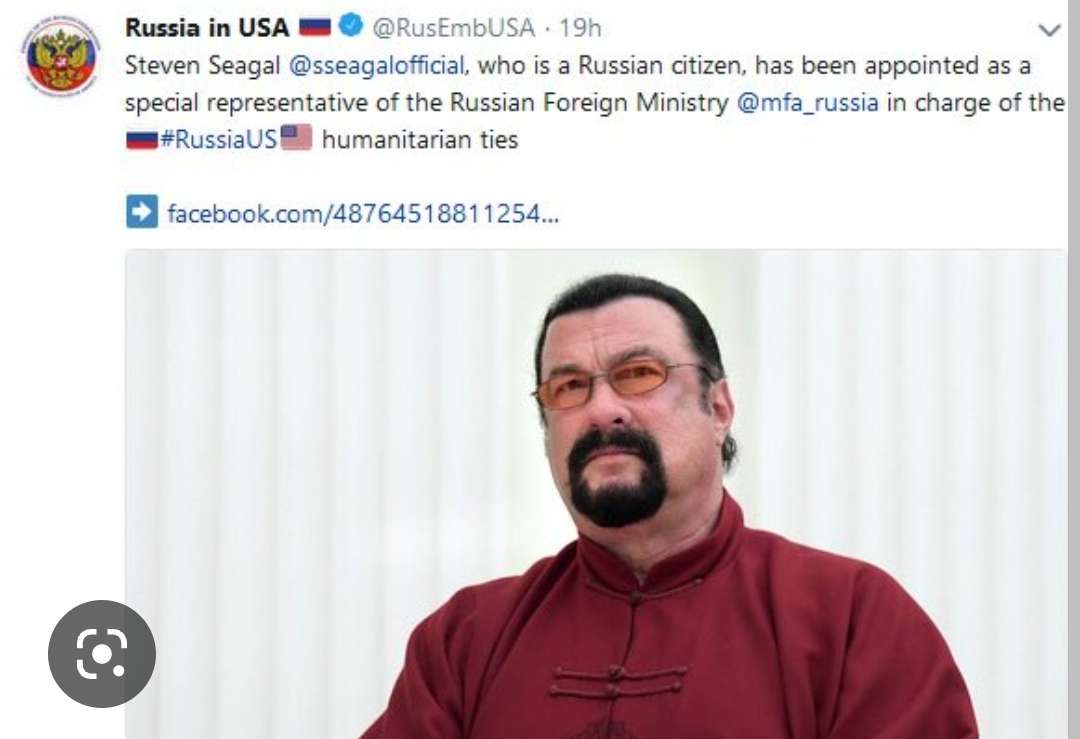 "Oh great genie of the Putin, there is one more wish. Please take Nina back. Fly her to the Russian home she never wanted right now?"
- ChrisInLA

"Oh FUCK NO! We're not taking that shit back!"
- Putin

"A black woman with dreads tried to vape cannibis oil, something that is "totally uncommon" "

"9 years hard labor. She is so big, strong and tall. Will do work of 5 Russian men, peg her male cellmates nice and good. After she gets AIDS in Russian prison we send her to front line in Ukraine to rape men, da?"
- Putin 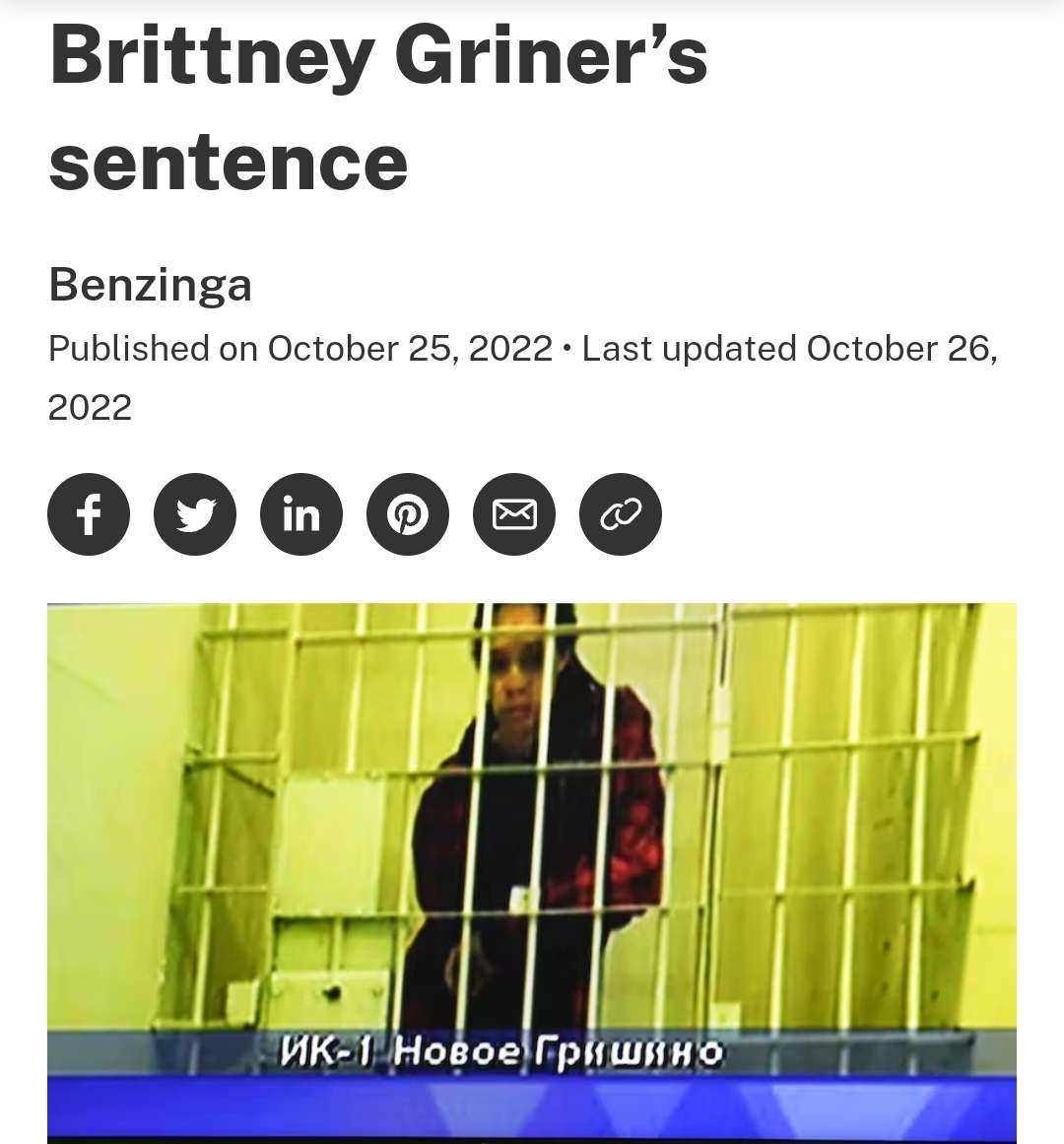 "I wish I had a Dragon I could fly to the Kremlin"
George R.R. Martin

"I'm a 42 year old woman with 2 small children I seemingly neglect for Twitter and I married a neo-Nazi and tried to make him fuhrer so I could gain power as a woman. My opinions and decision making skills are golden. My priorities in life are in check."
- Nina 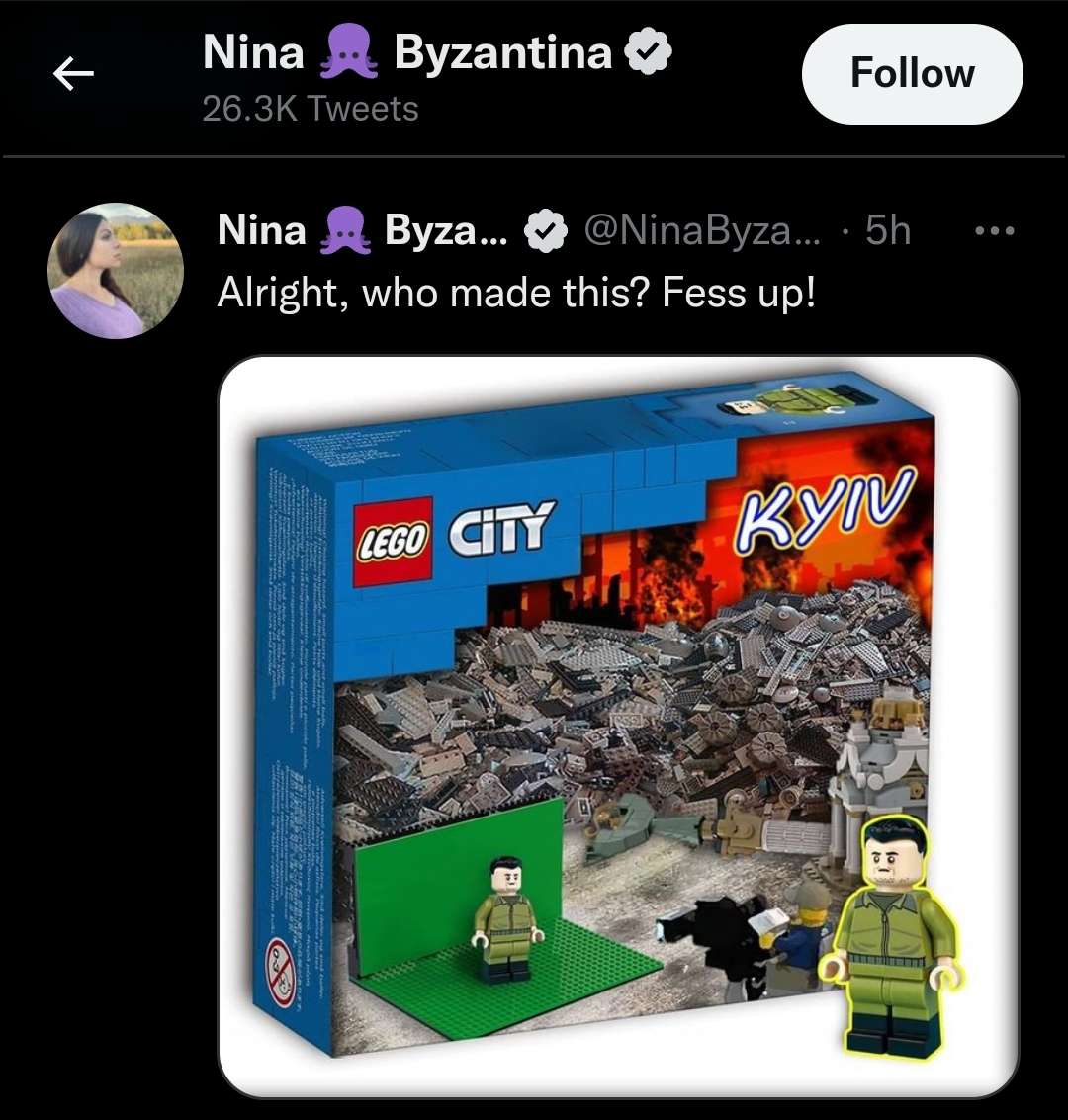 "And by defeating the Nazis with special military operation, we can once and for all stamp out all the resulting gay pride parades."
- Putin 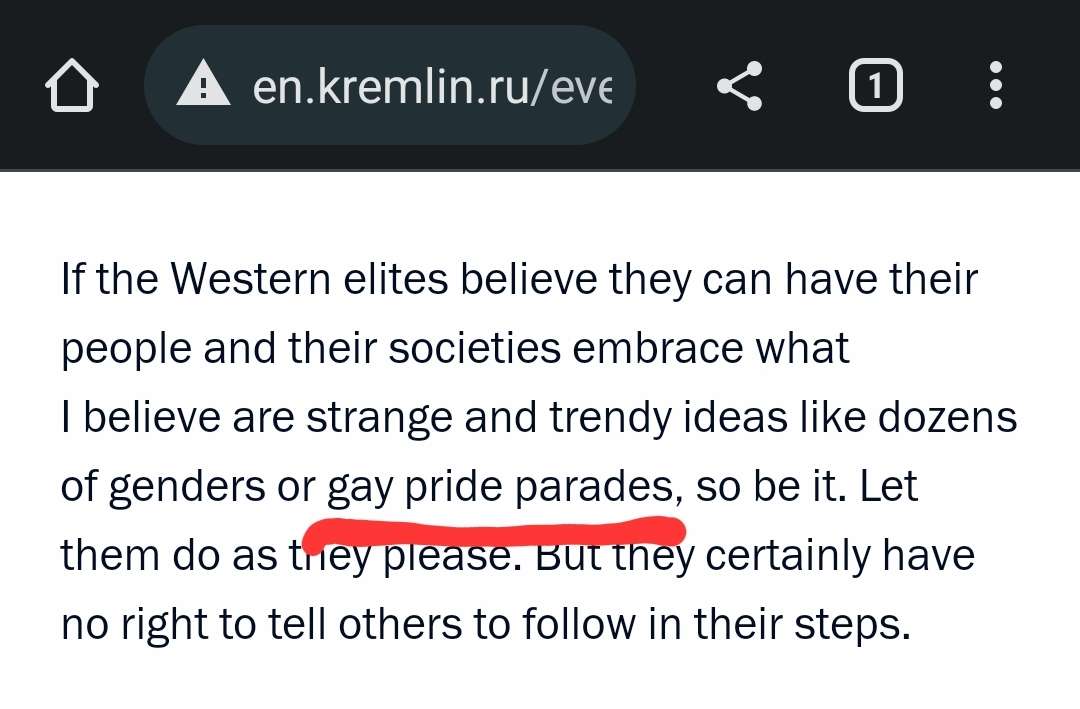 "My little bitch Internaut troll will FREEZE YOU!
...in her mind that is.
And YOU WILL BELIEVE it and humor her because you haven't had pussy in years, and in your miserable existence you think there is a 0.001% chance she will come out from behind her keyboard cave to thank you with sex for your likes and support on Twitter. You will ignore her facial features. You know better, but you are so pathetic you don't care."
- Putin 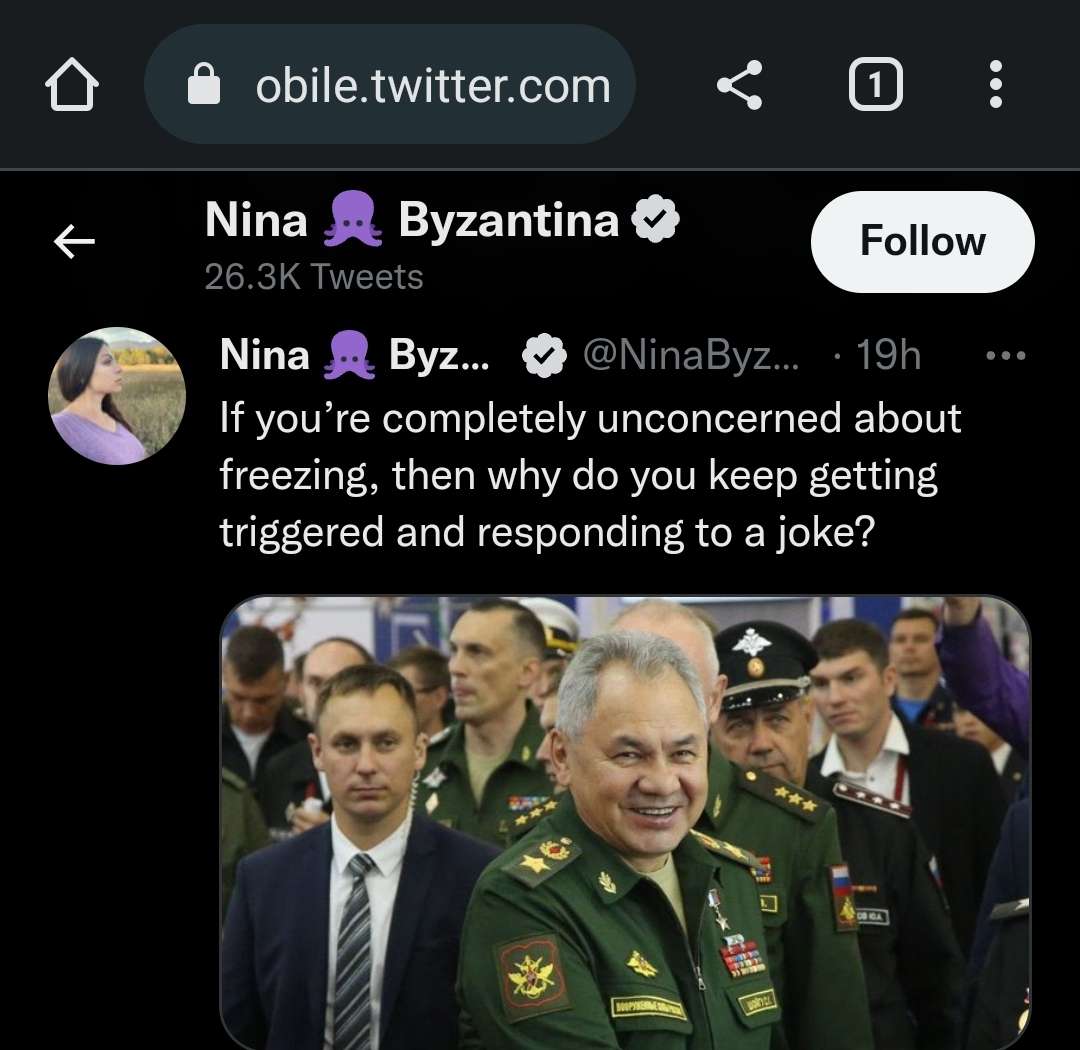 It’s not even ten AM in LA yet Chris.
Evil doesn’t have an alternate plan. It never assumes it has the possibility of failure.
Top

As not to attract attention, I pretended to be a Russian female to infiltrate Nina's telegram group.

I got tons of unsolicited calls and private messages from Russian men WHO HAVE NO INTEREST in Russia or its politics or special military operation from Nina's Telegram group.

They just wanna smash any piece of pussy they can find online.

People that wanna stick their cocks in her saggy old tits and nothing more. Which is exactly what I thought.

Because she is a truly pathetic human being. 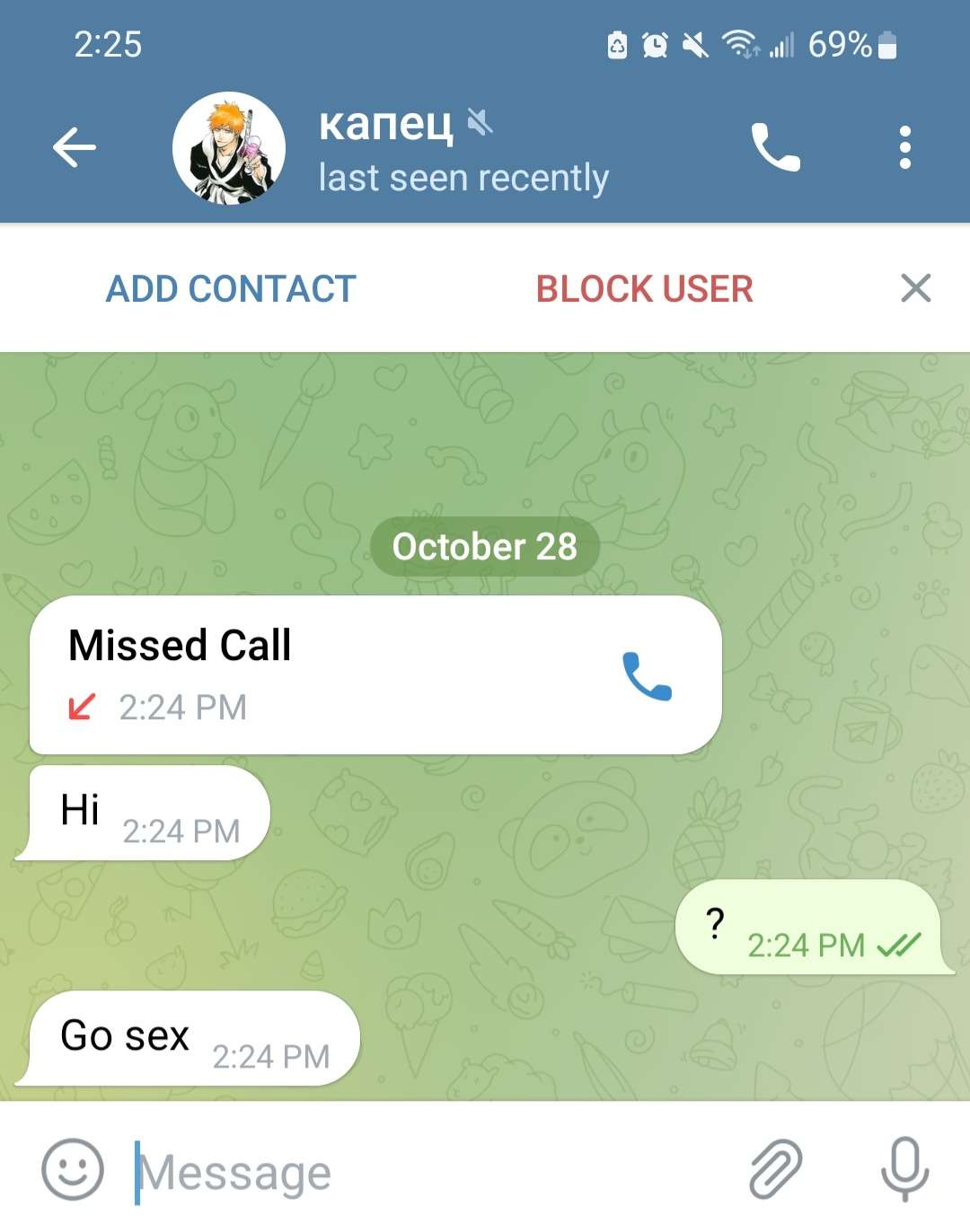 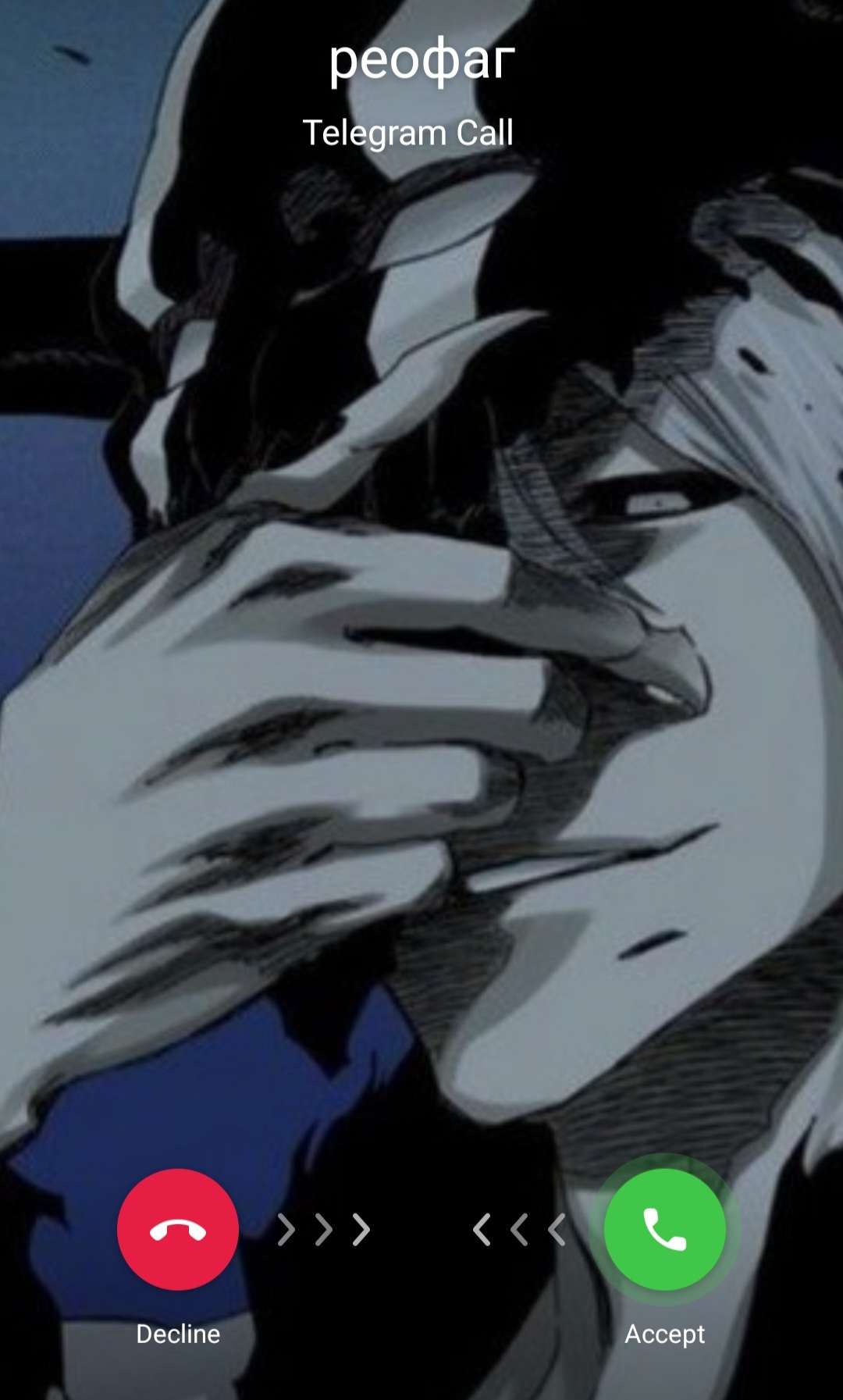 Don't take Ukraine's word for it. Listen to this

"A girl must be feminin and wear dresses and skirts. A girl must keep the house clean and cozy; her husband well fed; her children content. A girl must be weaker than the man in business and career and if she feels that she's smarter or stronger, as a wise woman she should pretend that she is not."
- Eli from Russia

This is the very first thing Eli from Russia says in this video. Eli has a HALF MILLION REAL, ACTUAL NON-FAKE subscribers that actually do care about Russia and don't simply want to use her as a dick pin cushion.

This proves that Nina is actually even a huge loser by her very own Russian standards for what makes a good woman.

She can't even cut it as a Russian woman.

So you may be asking yourself at this point, how do people like Nina say shit like this publicly and sleep at night?

It turns out that almost all of the Russian propaganda peddlers including her no longer have a soul.

Instead of Nina adapting to life in her environment, she is trying to change her environment to adapt to her. Instead of marrying a good husband candidate in the context of her environment she went with an extremist outlier, thinking he would be sympathetic to her ideals. Now her family is in a worse position because of it going forward.

Trying to reach out to English speaking people with the message that Russia is right in torturing and enslaving Ukraine will never work. Her boy Roman "no fuckerz" and Eli from Russia were WAY TOO SMART to try to do that; which is why they are successful. Had she done a Russian language Twitter, she would have been drowned in the other Russian propagandist voices. There simply is no way forward in this traffic lane.

Nina can't accept what she is, where she is, or what she has become. Until she does, she will continue to suffer. Such is the law of nature itself. 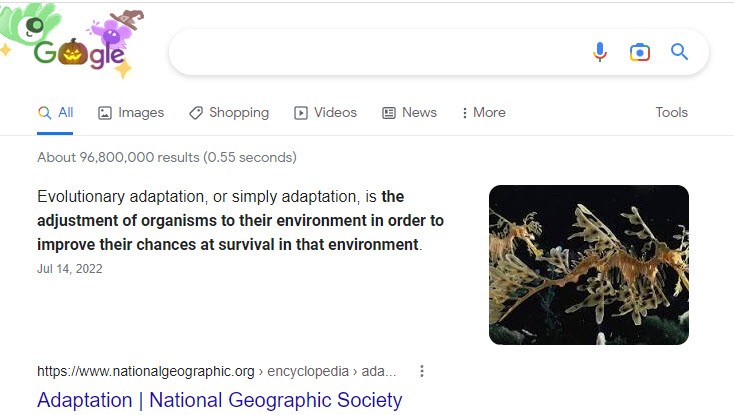 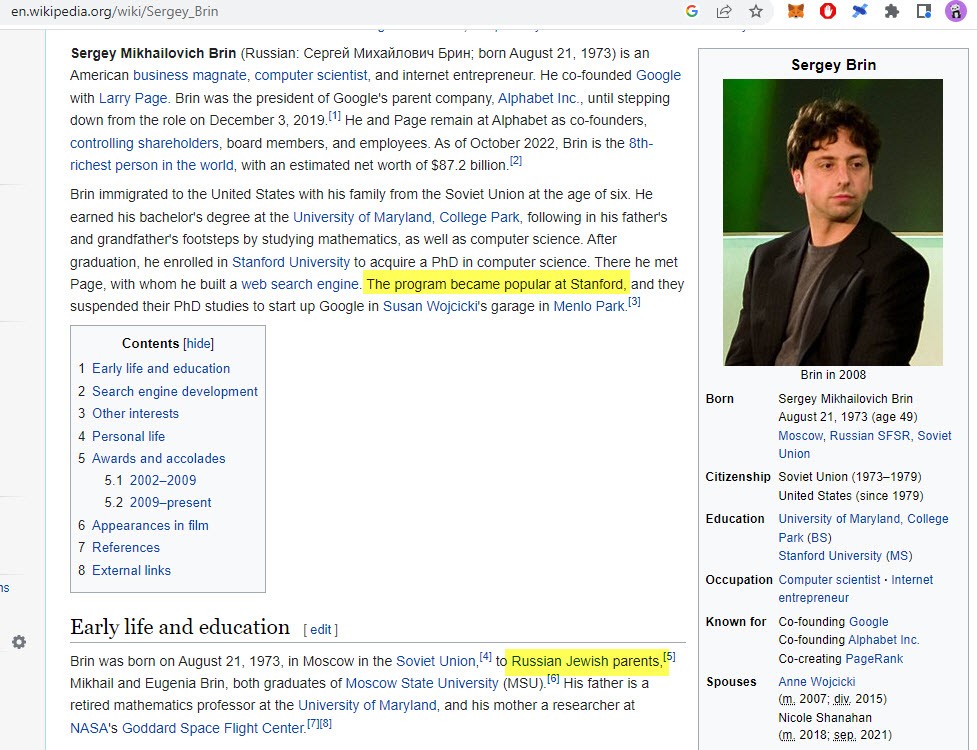 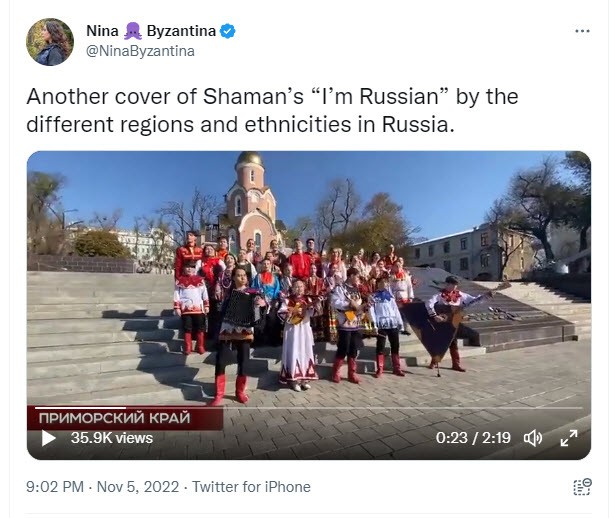 
Historically, pogroms in Russia have been instigated by the government in order to divert public attention and the blame for social problems elsewhere. The anti-Jewish pogroms (pogrom being a word from the Russian root term “to thunder”) in the late nineteenth century, for example, were an outgrowth of attempts to displace blame for late Tsarist era social problems onto the Jews.

What a talented female guitarist. I wonder why she doesn't want to say where she's from?

Is she afraid people won't like her if they know?

Why is she "showing her Russian boobie" to get people to watch her videos now?

Don't we know somebody else that does this on Twitter? 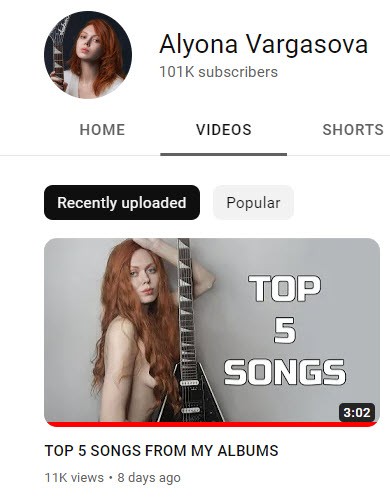 She used to play cannibal corpse but now dresses like an elf with her boobie out for Patreon $1 subs?
Russian woman strategy SUCKS

Russians are now reacting to losing the only big city they managed to take over in this war against Ukraine: 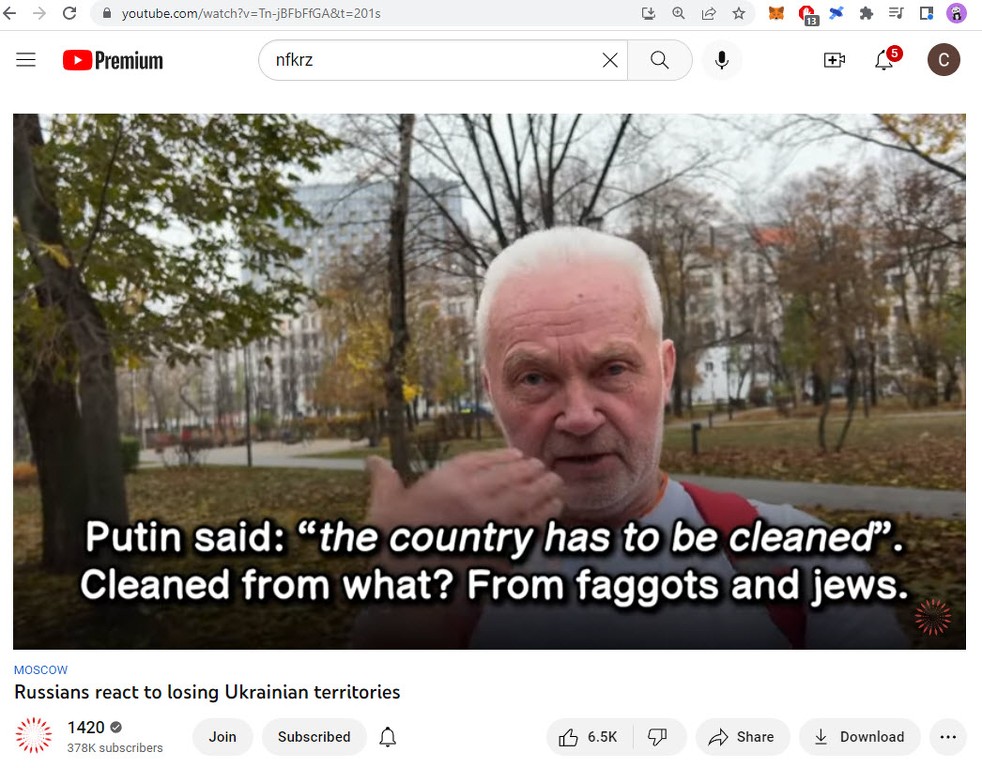 So what did Nina and Putin actually manage to stop?

I give you Aloona Larionova. A Russian speaking Ukrainian YouTuber influencer who can basically no longer make videos because they are bombing the civilian power station that allows her computer camera to work so she can upload videos to YouTube.

They wanted to be treated like heroes by Russian speaking people in Ukraine right?

I'd say Putin and Nina have done exactly the opposite than win the hearts and minds of Russian speakers in Ukraine and Aloona is one of 10,000,000 examples you can easily find if you look. 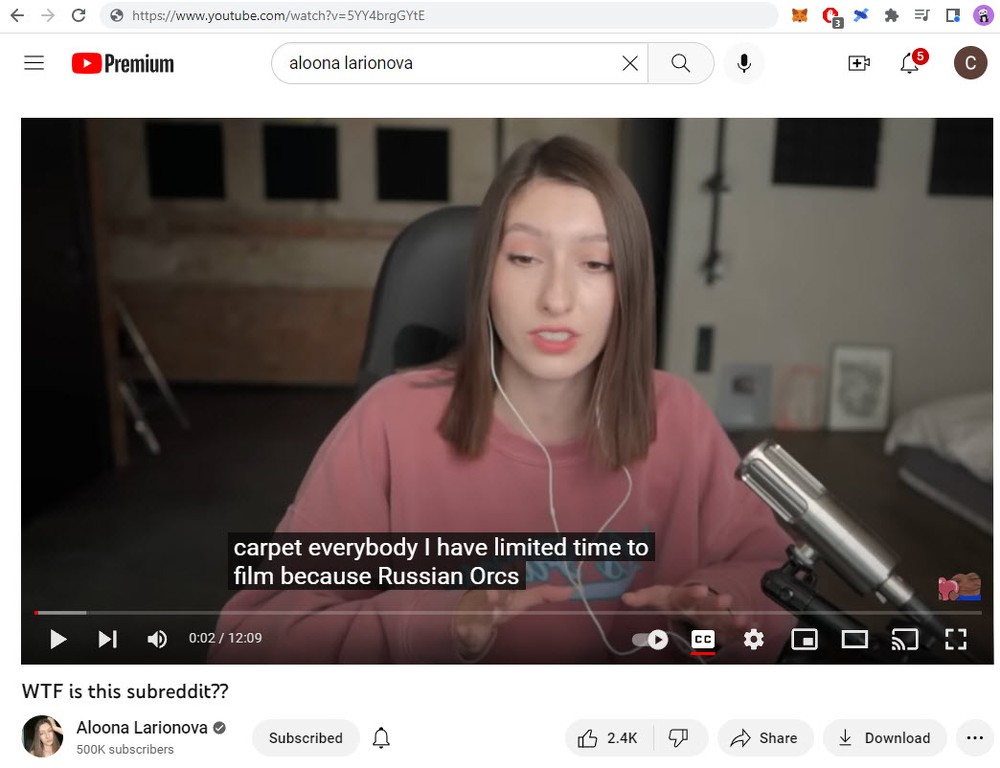 Kherson is SUCH BIG NEWS for Russia?

Why is Nina not mentioning it anywhere on her Twitter?

Oh wait, Nina's parents ran away from their Russian poor ass shitty country to Canada when she was a child.
And now she spends her time, not caring for her children or working to put food on the table, but wasting time on Twitter criticizing the people who took her and her shitty family in as a charity case, up and to this day from the comfort of the mid-west of the USA.

You know Nina, when Zack the Russian went to your Twitter feed and saw that fat ass, he decided to turn and support Ukraine. You are actually turning people against Putin with your ugly smelly fat ass. I hope you notice. 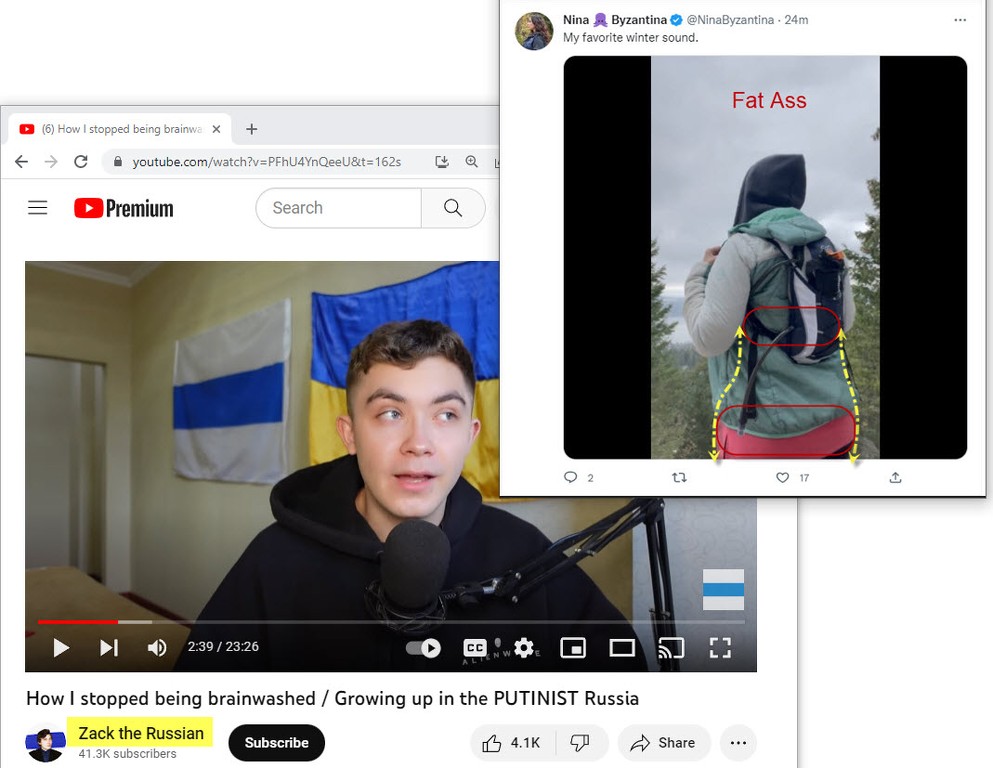 The people of Kherson really miss "your boys" Nina.
Why they have to go run away like that?

Are U gonna talk about this in your Twitter or keep ignoring it like a Putin puppet?

Come on and tell everybody how Russia made life in the occupied city of Kherson so very good they are all crying for Putin to return?

You really overextended your tiddy credit this time Nina.

Your tits are essentially dead to me.

And dead to most others as well except for the creepy Russians that lurk in your Telegram looking for cheap online sex.

You're no longer a young immigrant girl with perky breasts. You're a broke old maid stuck with 2 kids from a failed neo-nazi marriage and a huge ass and sagging boobs that would shock anyone to see them drop to the floor out of your support bra. Your face is about as pretty as a toothless French Canadian lumberjack and you're stuck in the back-woods of mid-west America where you pretend to like it basically forever.

There are so many better tiddy girls on the Internet than you it's ridiculous. You are no longer special. You are now an aberration of big titty girls everywhere.

Although the Russians won't swap Viktor Bout for Brittney Griner, they swapped multiple Ukrainian prisoners to get one Russian soldier back who they freed from a 30 year sentence in Russian Prison a couple months earlier as cannon fodder for Putin's chef (Wagner Group). Yes, literally Putin's ex-con chef that cooks him dinner.

Why was this Russian soldier so important to get back?
Because they had to make a public snuff video of him getting his head smashed in with a sledgehammer of course!!!

They needed to show the world what Russian due process and rule of civilized society is all about. And they did. 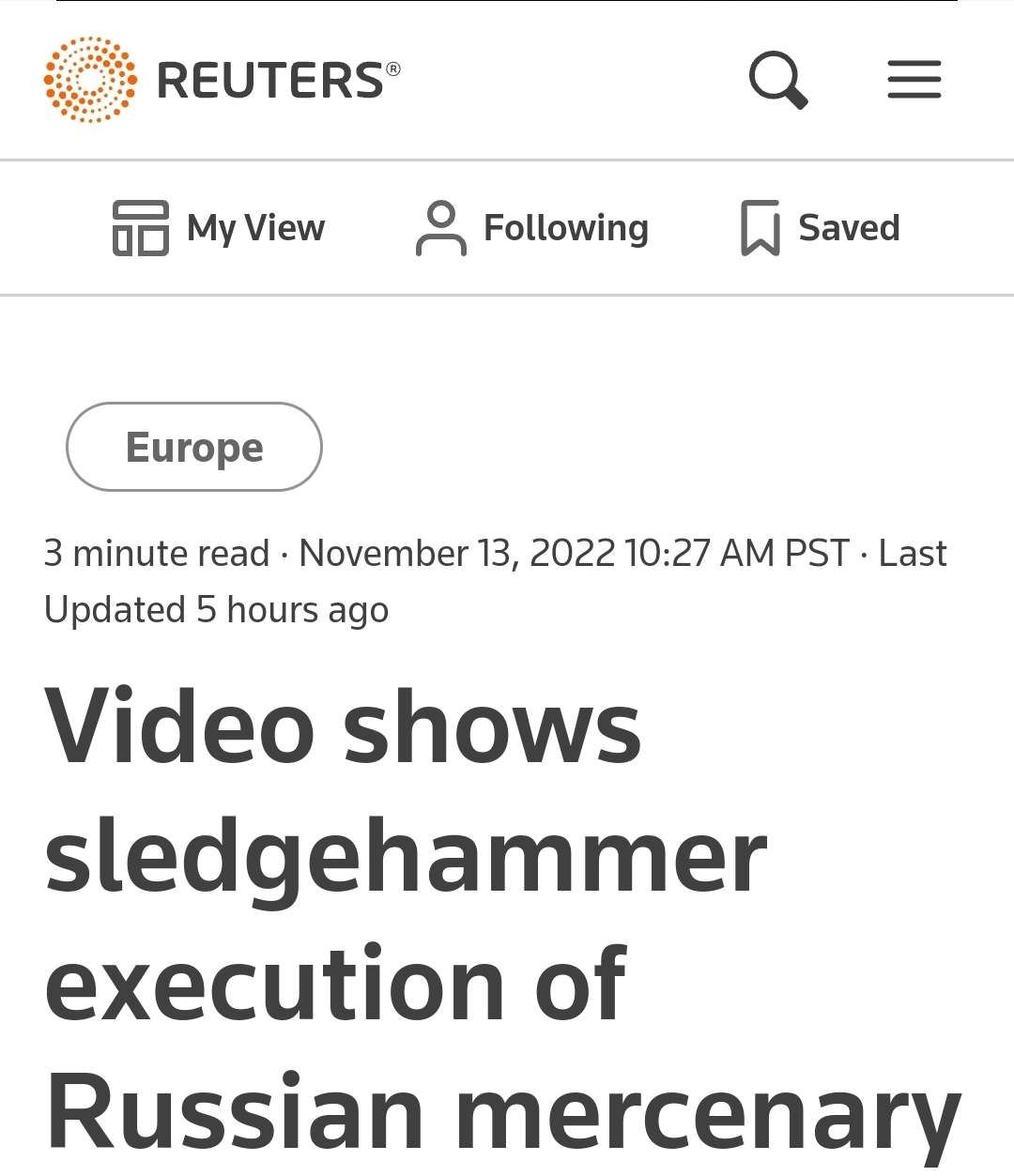 By day Putin's ex-convict lunch lady. By night his special forces elite unit leader who empties Russia's prisons of convicts with AIDS and more to put on Russia's front lines with no training. Probably hoping they'll rape and spread HIV.

When the convicts fail to die as cannon fodder, they do prisoner swaps to get them back so they can bash their heads to pulp like The Mountain in Game of Thrones with sledgehammers and make snuff videos of it to distribute on Telegram.


My lunch lady,
My ex-convict,
My special forces director,
My snuff movie producer,
You do it all, only in Russia
- Putin 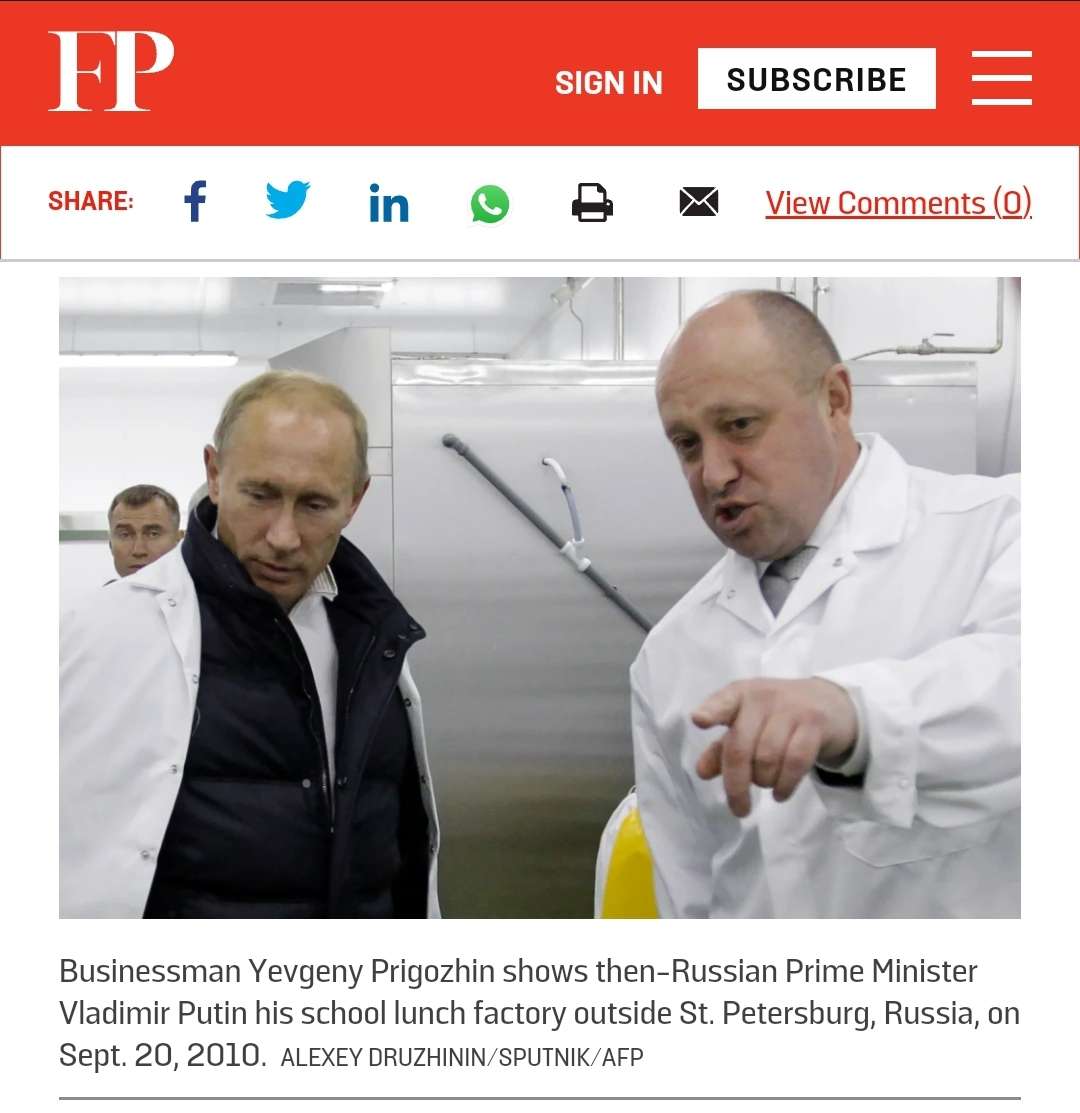 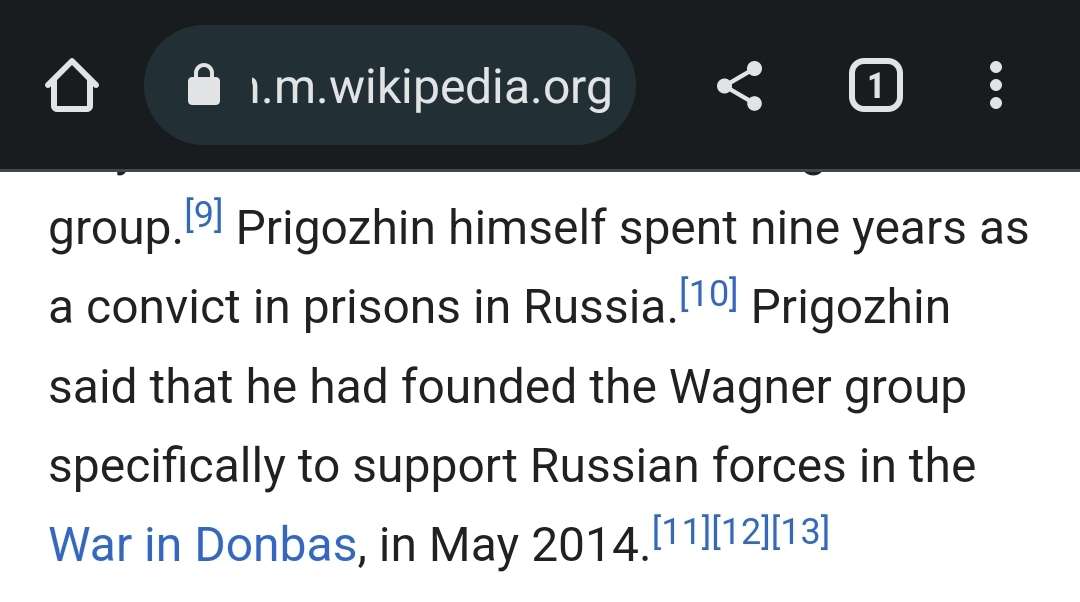