Also do you think the Loch Ness Monster would "count" as being "real" if you MADE a plesiosaur and put him there? Like after 300 years of seeing a plesiosaur there every day nobody would still say "the real loch ness monster is fake, and that's just the one EBA put there, so that means the real one is fake"

The genocide Russia committed in Bucha discovered this past weekend is apparently not enough. 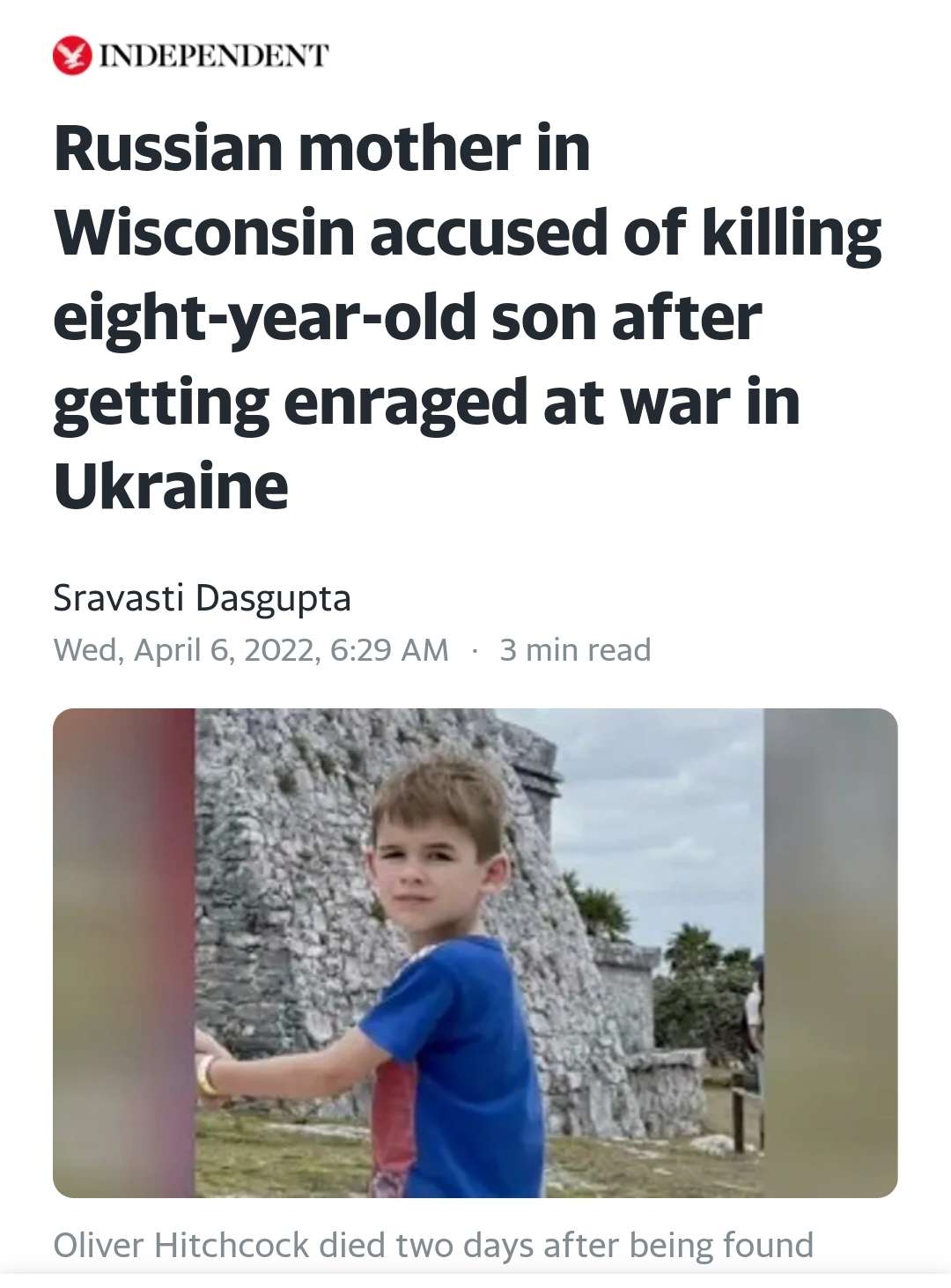 Why didn't he do that? I mean he spent billions on troll farms in the 2016 elections? 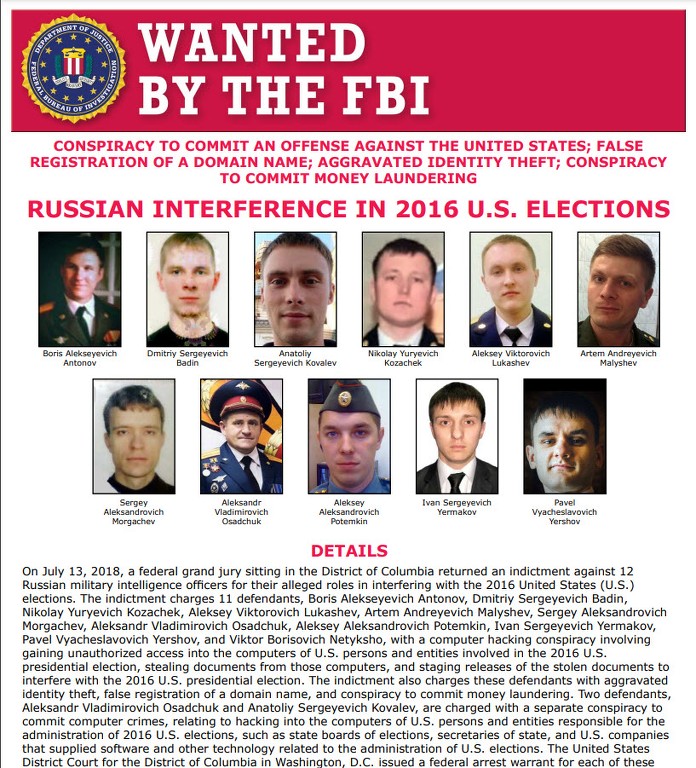 How do you de-Nazify an entire country by ACTING EXACTLY LIKE THE NAZIs and copying their every war crime?

As far as I can tell the only thing they're missing now is to turn people into soap. And I don't doubt for a second Russia is hard at work on it. 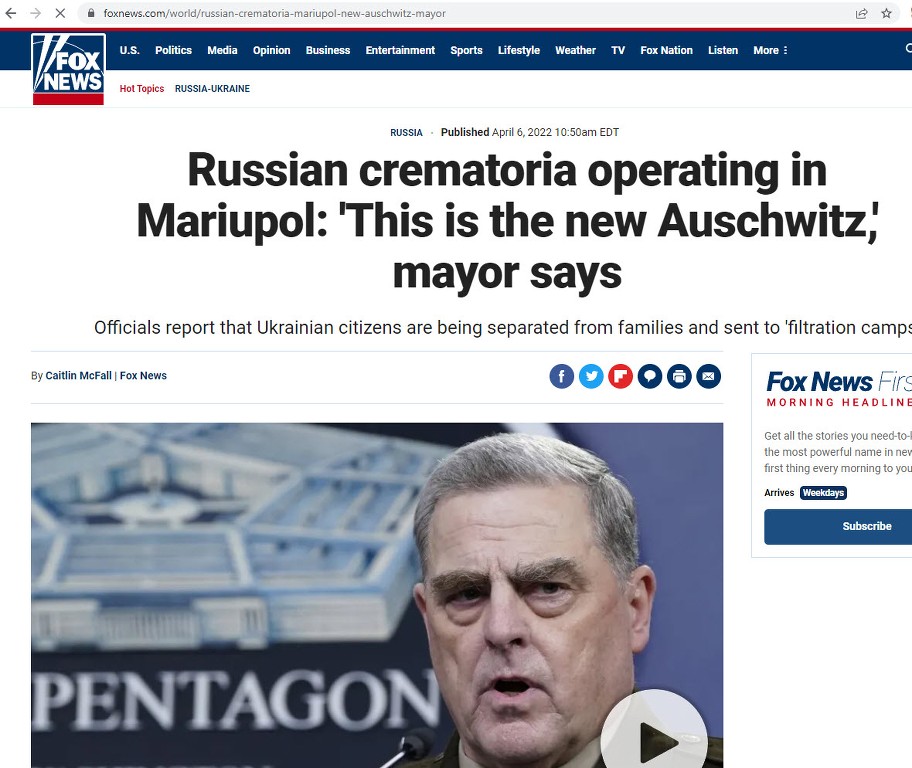 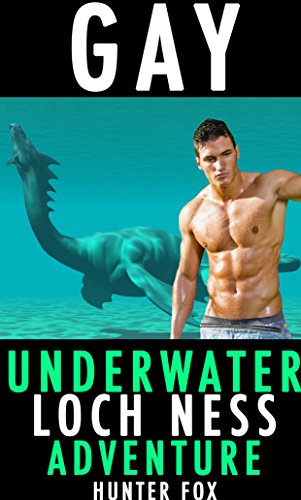 I think its intellectually dishonest that you won't concede the obvious advantage American intelligence agencies have re: paranormal operatives.


Get another hobby, like skinning rats…I’ll come visit you in jail sometime.

How many illegitimate children did you have on the Nazi Lesbenborn Breeding Farms?

Since you are a Russian born Canadian girl with a big nose, obviously parted unibrow and stringy black hair, were you suitable? 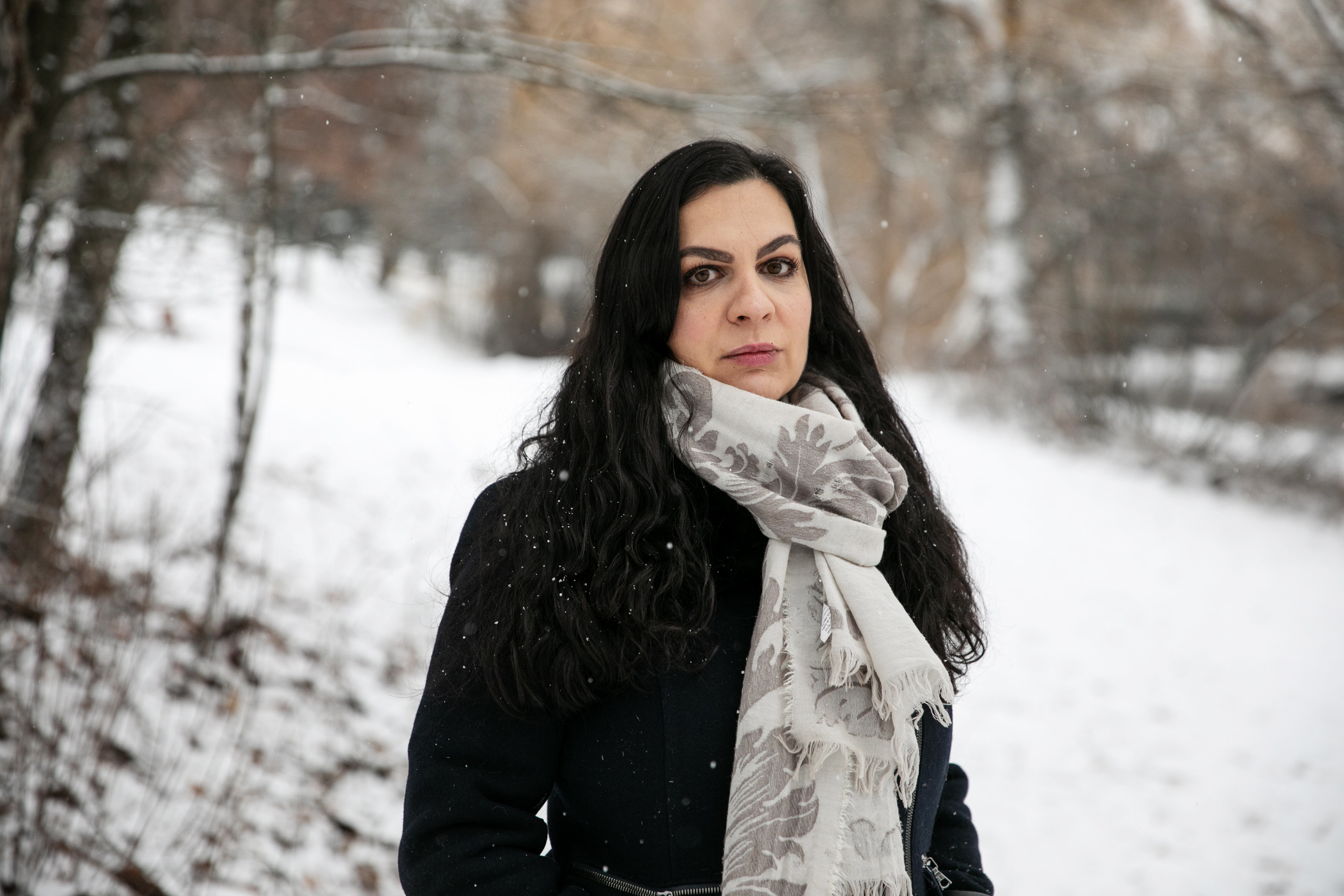 It doesn't seem like the Nazis you dated all your life have treated you like anything more than an animal?

You know, I am 1/4 Polish. But not a Nazi like Manjack. Did he treat you any better in the skinhead groups in Toronto?
What poor luck you have Nina. Your parents ran away from Russia, and you were determined to show the world how important you were to Russia ever since you were a little girl in Edmonton and you failed completely.

YOU SHOULD BE PITIED. You are not an intelligent woman and your Twitter feed reflects it 100% 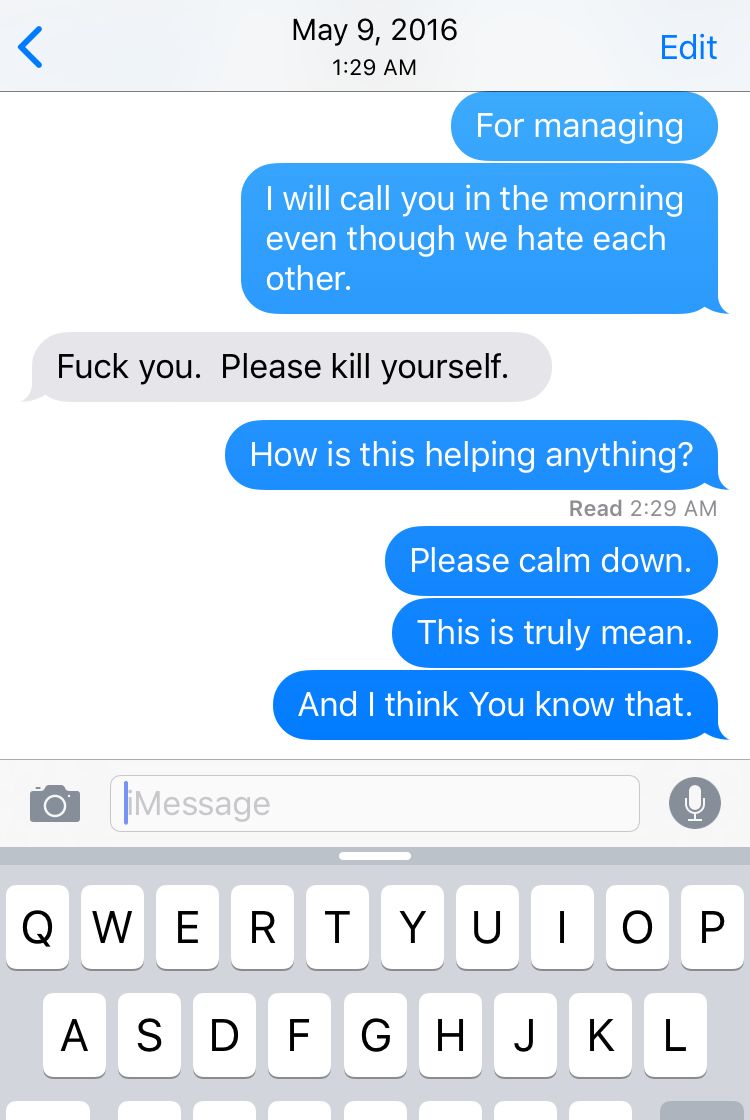 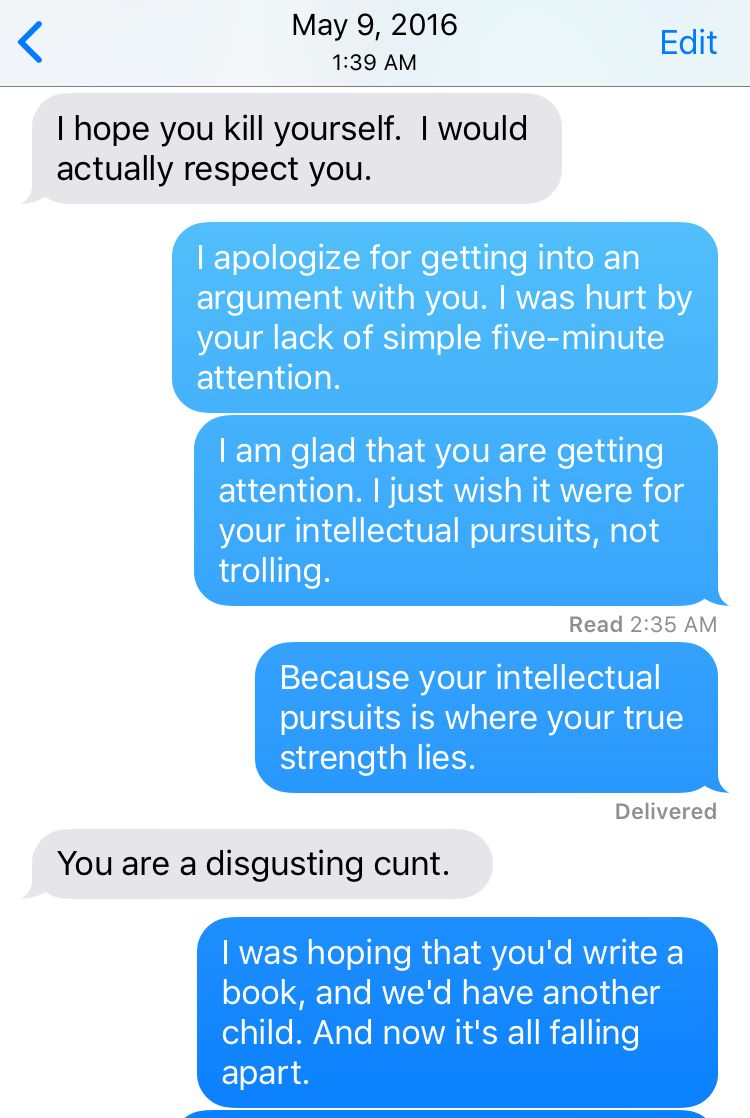 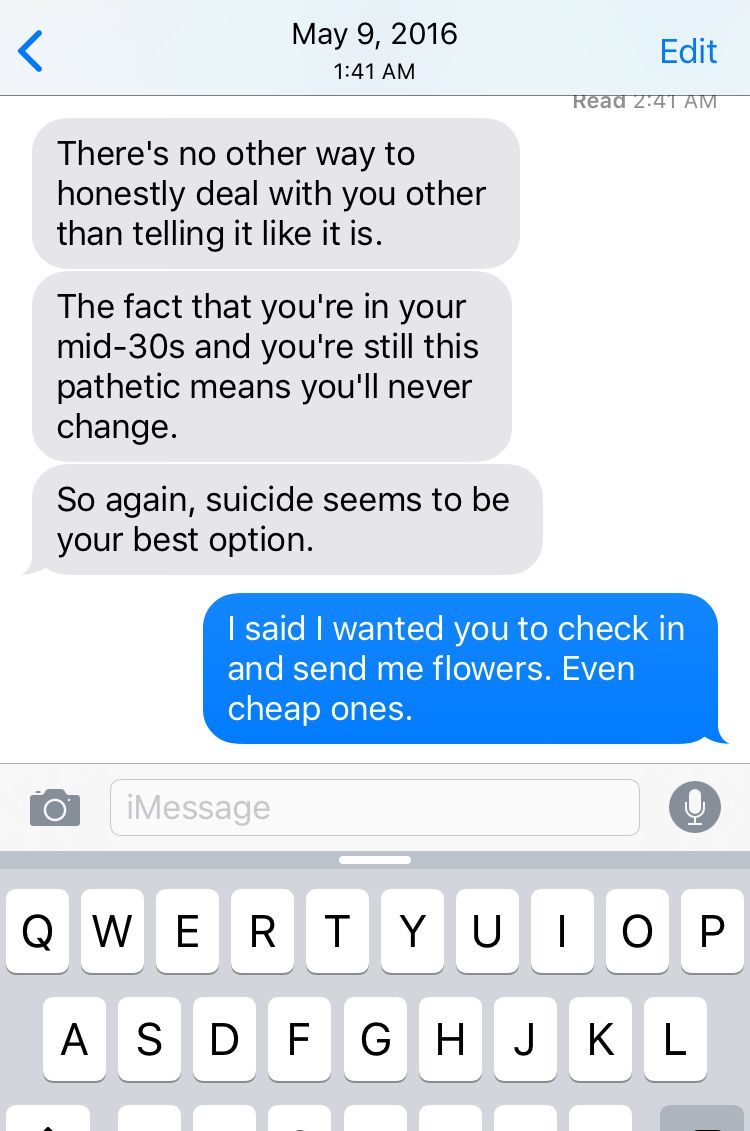 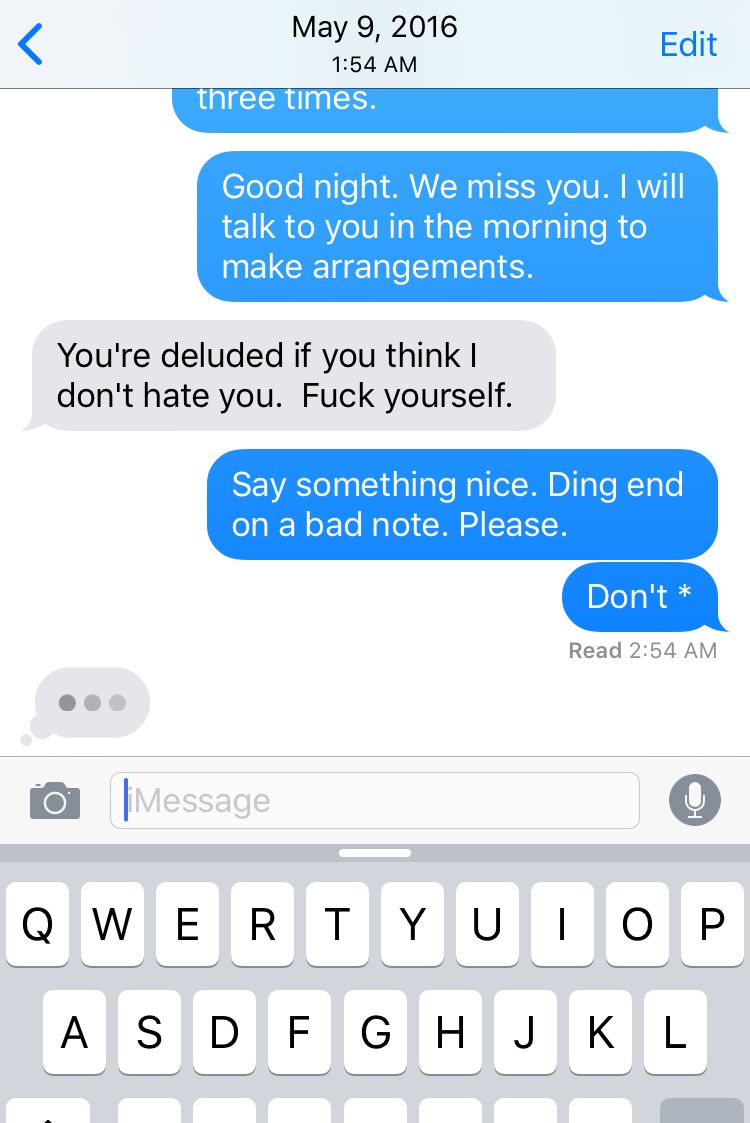 will you fucking listen to what I'm trying to tell you

Cop: Stop you're under arrest for shooting Senator Buckley
Patsy: What? I didn't do it
Witness: I saw who really did it!
Investigator: Who did it?
Witness: The Headless Horseman!
Dimwitted Public: That witness is an idiot, the cop must be right, Patsy is responsible for the assassination 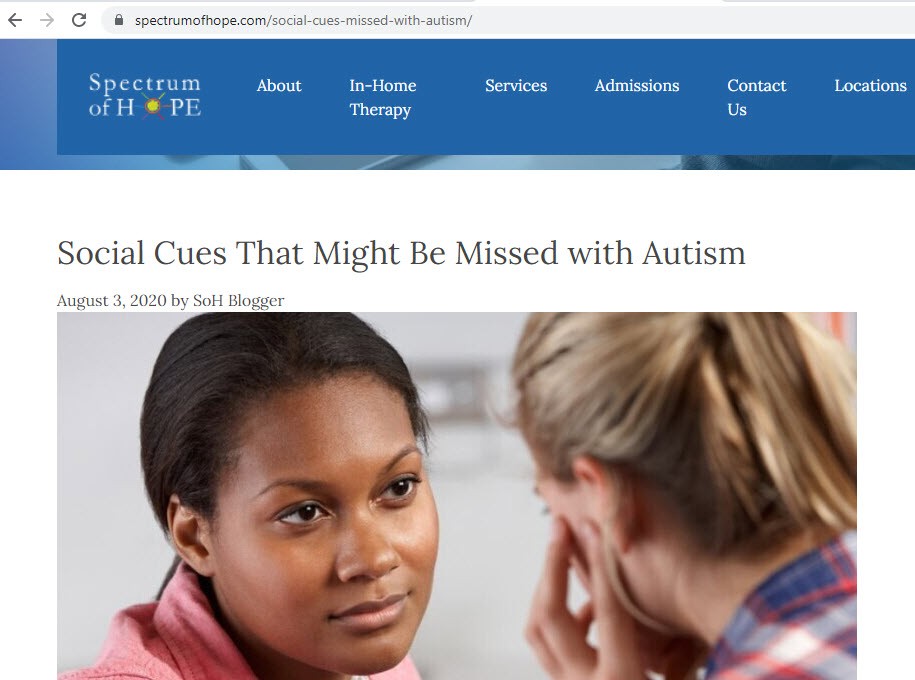 Probably one good reason why your family left Russia. However the Canadians didn't really help you very much either.

You answered this inappropriately and out of context and ignored the obvious social cues.

You answered this inappropriately and out of context and ignored the obvious social cues.

And this went on and on and on for years with your various partners.

Here is a little knowledge for you. Nazis effectively ban people with genetic disorders from having children. You have been dating Nazis since college when you left Edmonton for Toronto.

Eight Bit Alien wrote: ↑Tue Apr 05, 2022 8:41 pm Chris do you agree that the CIA knows that beings like bigfoot, ghosts, loch ness monster, etc exist... but that the CIA engages in a conspiracy to conceal the existence of such things, so that they can recruit these extraordinary beings, and use them to carry out high-profile assassinations and covert black ops counterterrorist police actions?

I think it's logical to assume that if someone learned the truth about Bigfoot being the second gunman in the Kennedy assassination, nobody would believe them, because people generally don't think Bigfoot is real.

I think it's something worth considering, and it's obviously true, and I was wondering if you could share your thoughts on this issue.

Do you feel that neo-Nazis are the only people who could possibly potentially love a person like you?
Or elevate your miserable faux-russian geo-political status?

I REALLY think it's time to give Jerry Springer a call for a special come back episode. Maybe he can convince your former partners to do a battle royal on TV or something? 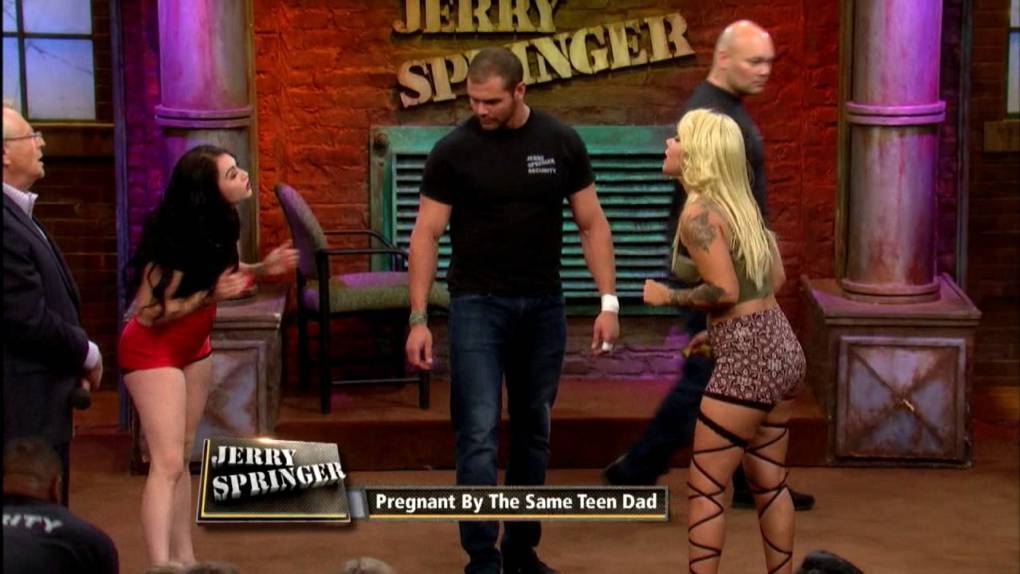 It doesn't hurt to try right?

Show Putin you really mean it. Have him watch you on Jerry
Top

Nina, do you know why Stalin purged real Russian intellectuals and sent them to gulags to die?

Because they were smart enough not to believe him. Putin's 80% approval rating is amongst his * Russian garbage collector level population earning $195 per month. Smart people are leaving in droves. Though you have some college education in Toronto, you are effectively prevented from using it by your autism condition. So you retweet and re-hash Chinese Communist Party state propaganda, Russian state TV propaganda and other state run media. That's all you're intellectually capable of with your intellectual disability. 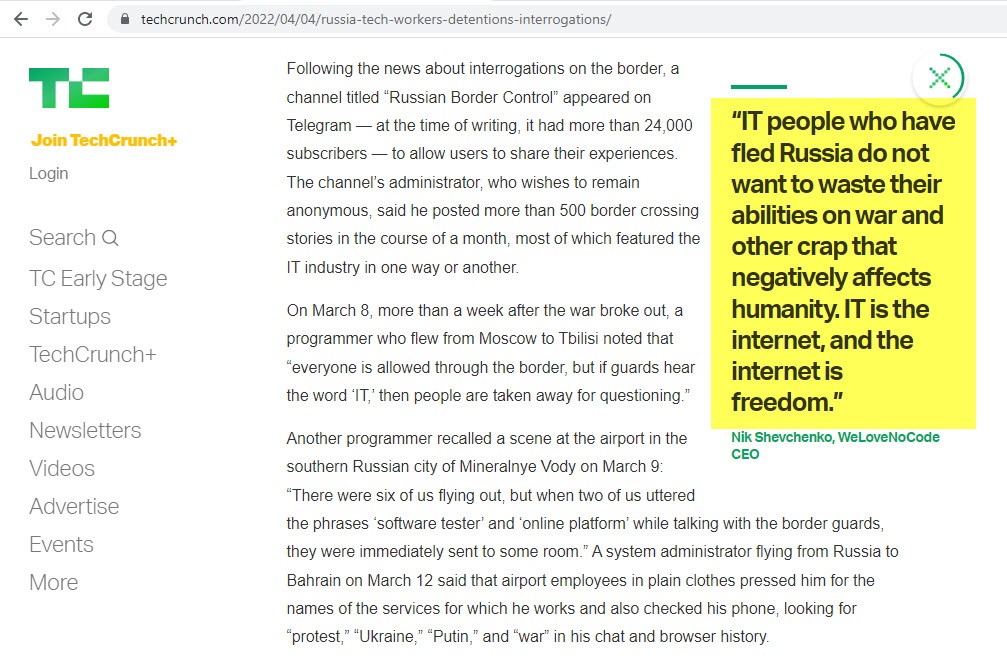 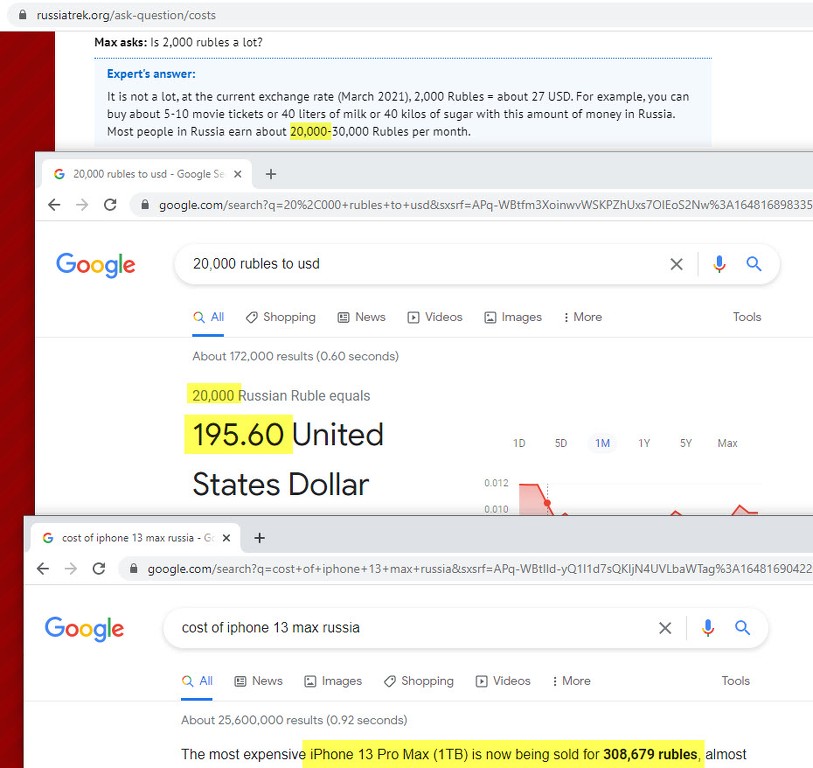 But it's refreshing to hear from Russians that actually live in Russia and do not have gaping intellectual disabilities to the point where they lessen their request to "cheap ones" flowers when their husband just told them "suicide seems to be your best option".

Who knows, perhaps somewhere in the multiverse of autism in Nina's straggly brain "suicide seems to be your best option" translates to "I am a little broke right now, maybe ask for some cheaper flowers?"

Russia's GDP, or in other words, every single ruble that every single Russian on the entire planet makes, is less than half the value of a single American tech company.

And after sanctions that will be considerably less than in 2020... 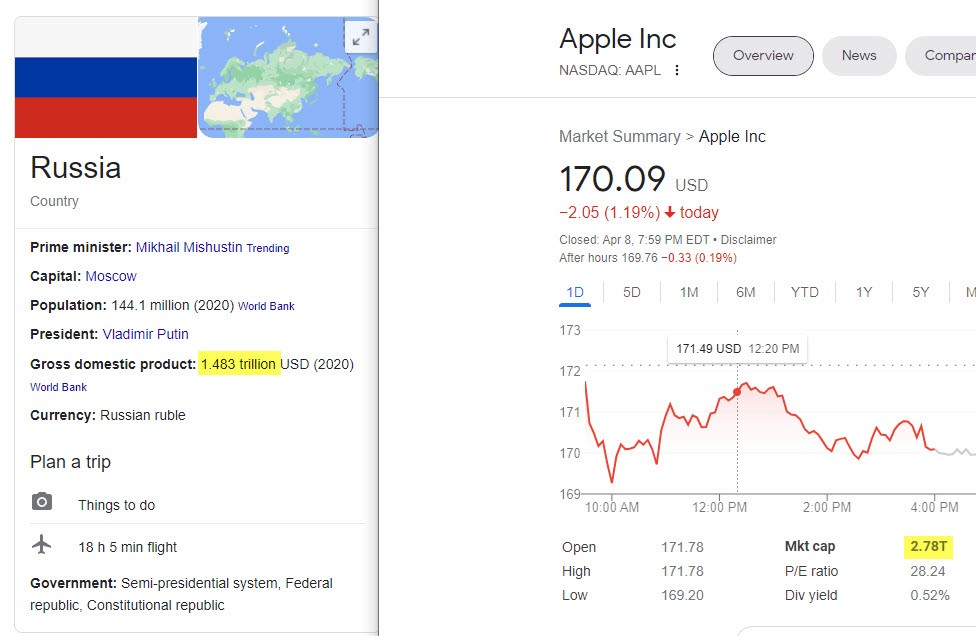 Russia's government palace and ideals are based on the children's game Candyland.

They're still not aware that war causes pain and misery because it doesn't when they play the board game. 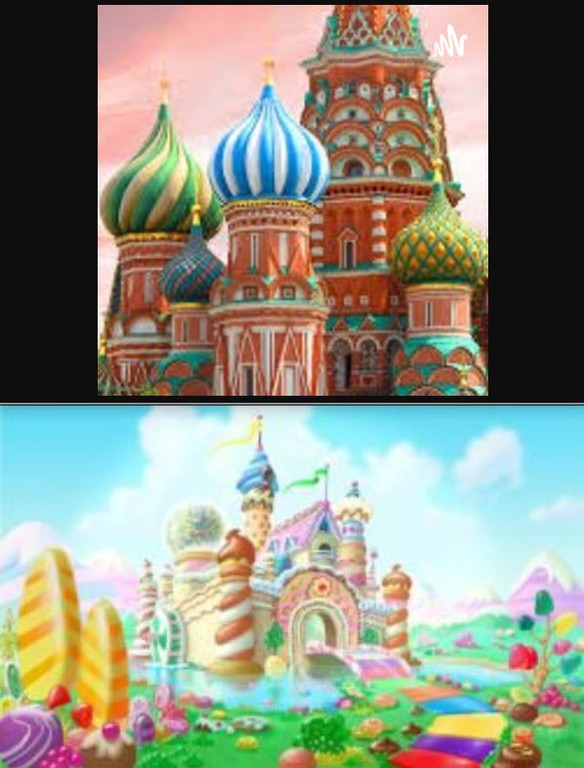 If "nina barks" decides to blow you again, will you turn pro-Russkee? Asking for a freind, k. tnx, bai

Really, I would much prefer a BBBJ from Eli from Russia

Though Eli's daddy seems to be Russian military, she still protests the war in Ukraine. She's a real Russian, who's parents didn't run away.
She's also a ginger, so you know it would be a good time. 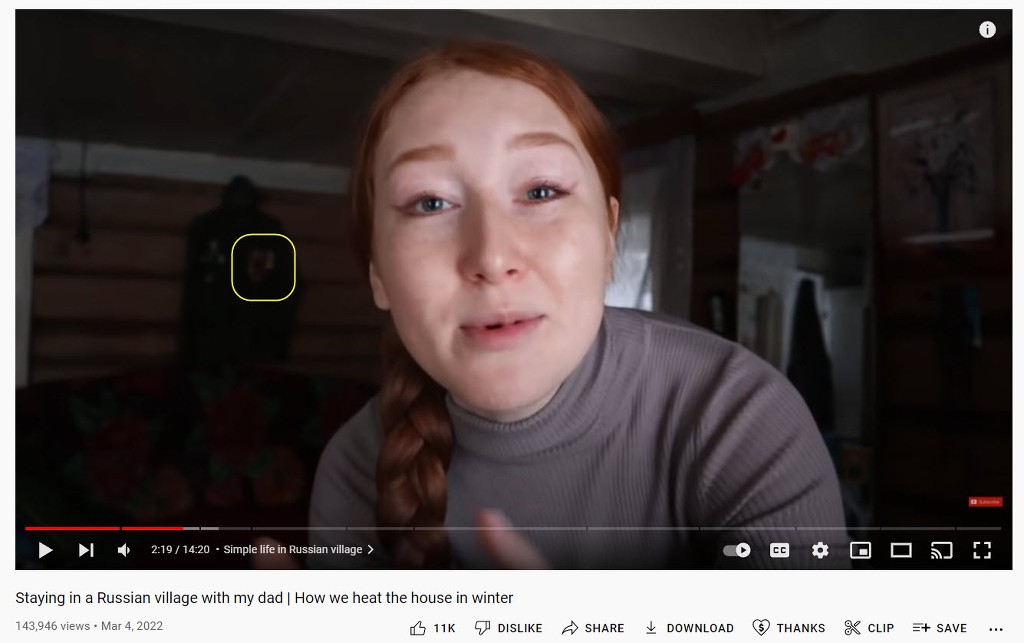 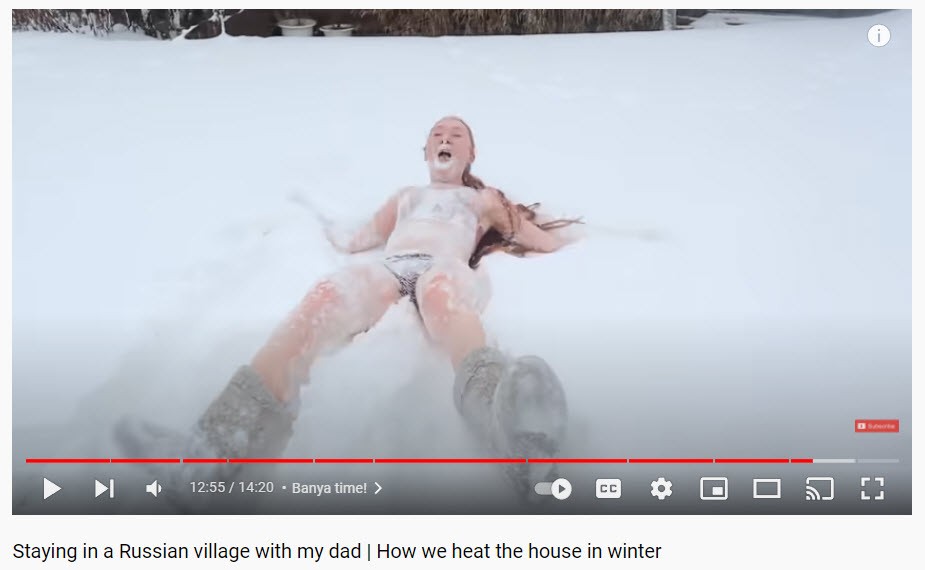 She sports the Russian-girl look that Nina has been trying to emulate her entire life, but is just too ugly to manage. 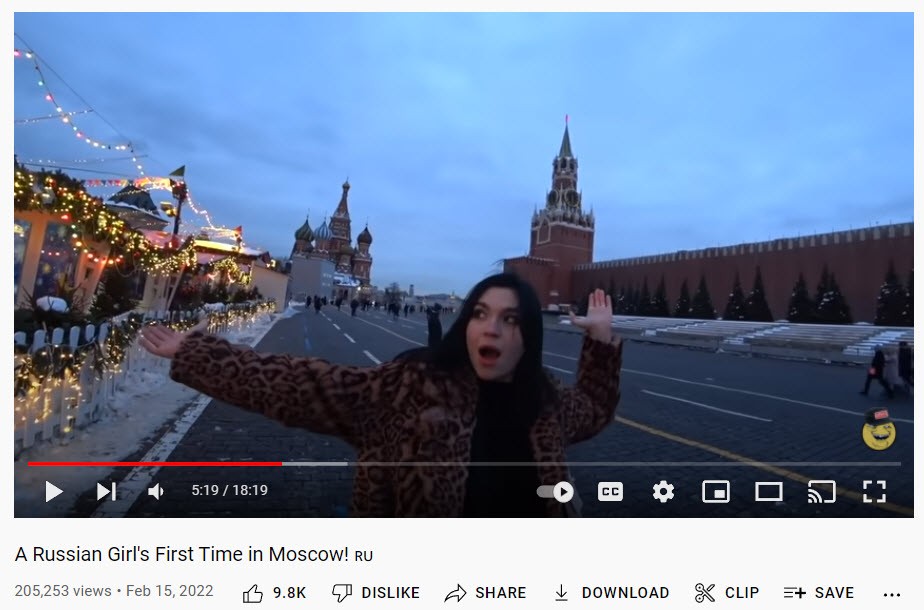 I forgot there's Yakut peoples in Russia. A BBBJ from Kiun would trump all the white girls in Russia put together. Along with the Chechens, Russia forces natives in Yakutia to speak Russian after invading their lands and killing more than half of their people.

As soon as Kiun made enough cash from YouTube she quickly moved away to China, even though she doesn't speak Chinese or Mandarin.

Though I don't see why she would want me to say anything good about Russia. As soon as she left it was clear how Yakuts really feels about white Russian people. 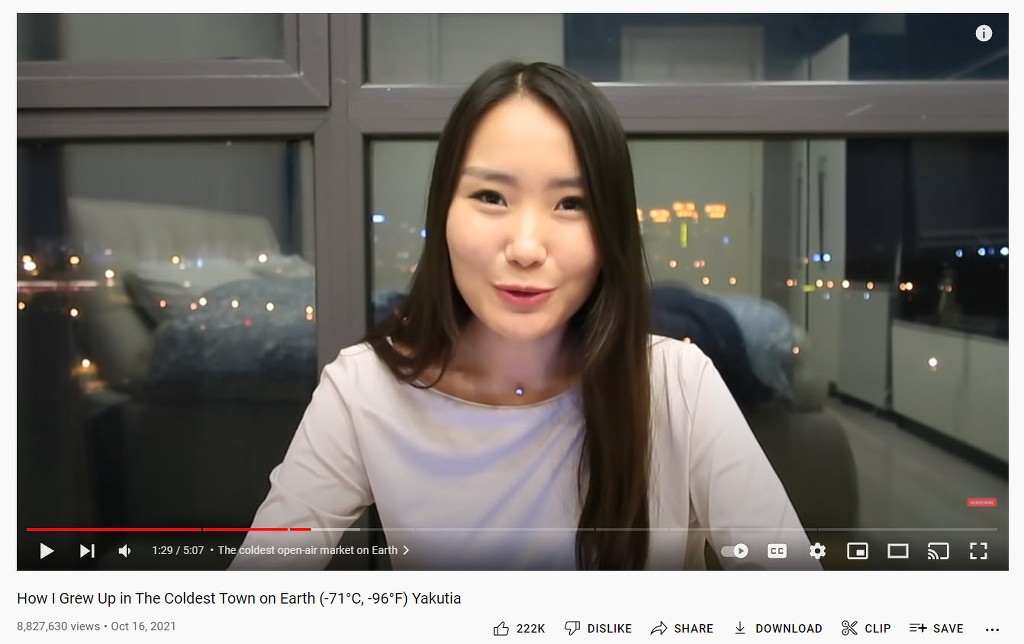 what does this mean?


Get another hobby, like skinning rats…I’ll come visit you in jail sometime.